This Cultural Revolution Deserves Your Voice 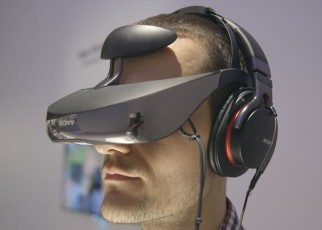 “More habit-forming than crack or methamphetamine.”

I’m talking about the coming tsunami of a cultural phenomenon known as Virtual Reality (VR).

My first exposure to the device that started the revolution — Oculus Rift — came in a Wired Magazine article in 2014.  Brendan Iribe — the CEO of Oculus –  and his team of developers had finally cracked the nut that made VR like… well… crack.  The explanation can get incredibly involved, but basically the breakthrough came with the elimination of latency.

Their new device was the first that DIDN’T make people nauseous (literally sick to their stomach) when they used it.  No headaches, no residual visuals. Clean.

Last year, Oculus felt their technology was refined enough to launch a consumer version.  By then, there were plenty of contenders who had caught-on to the craze and developed working models of their own — so Oculus was feeling the heat.

As is the case with many advances computing, the gamers of the world were driving this bus, and Oculus premiered their headset at an E3 Gaming conference.

But VR moved quickly from the realm of gaming to education, training, real-estate, rehabilitation, entertainment, travel…and on and on and on!  Think of VR as your own private movie theatre in IMAX 3-D, and you’re IN the scene.  Even THAT description falls short.  Believe me, the movie industry is paying attention to this revolution BIG TIME!

Now VR is everywhere. CES, SXSW, TED Talks.  This is the technology that has the potential to prompt a cultural shift bigger than the telephone or television.  Seriously.

I don’t care how dorky you think you’ll look with one of those big headsets strapped on.  People who’ve tried it are only too happy to be called dork just to be able to get MORE of THAT.

Want a low-cost taste of what this is all about?  Download any “cardboard” app on your iPhone or Android Phone.  Just search for the word “cardboard”. Android is actually way ahead of iPhone on this one in available apps and content.  Your phone acts as the image-provider on this, so you’ll need a viewer.  That’ll cost you anywhere from $10 – $40 on Amazon depending on the model…any of which are a total rip-off, ’cause they’re literally made out of  cardboard.

So, download a cardboard app and some content, get the viewer.  Put the phone in the viewer, and be addicted!  It immediately reminded me of those old antique stereoscope viewers from the early-to-mid 1900’s.  Same concept, actually, on the pictures are moving.

The reality about VR as it sits (developmentally), though, is that your computer will have to have some pretty amazing power to make VR fun.  But it’s coming — make no mistake — it’s coming for certain!

Where We Come In

As with video games, the world of VR is only going to be as good as the people who create the content you see and hear.  Yes, I said “hear”…’cause all VR headsets come with headPHONES.  Sure, there’s lots of music and natural sound, and sound effects to be had in VR content, but like all other successful forms of entertainment, VR content will be rife with the spoken word.  That means someone will be recording at a microphone, and that someone might as well be you.

Who will be producing this stuff?  At first, video game producers will have (already do have) the upper hand in VR content and production.  But Hollywood isn’t far behind, and after that, the government, as well as educational and corporate developers…anyone really.  Soon it will be so mainstream you’ll wonder why I ever wrote a blog about it.

So Why the Heads-up?

Because just like YouTube pre-rolls, and white-board explainer videos, and digital streaming content around the world, there is no fall-back handy-dandy RATE SHEET for voicing this stuff.  Content providers and producers will try to get the most out of your voice for the least pay; so NOW is the time to start thinking about what your worth is as a voice in VR.  Maybe there’s a SAG-AFTRA row/column precedent in a rate sheet somewhere, but VR producers are going to claim that the things they’re doing are outside THOSE parameters, and deserve a whole new talent compensation scheme.

The more we ask now — at the outset — the better rates we can expect in the long run.  Working together on this stuff, we CAN have an impact on compensation futures.