No, It’s Not Going Away 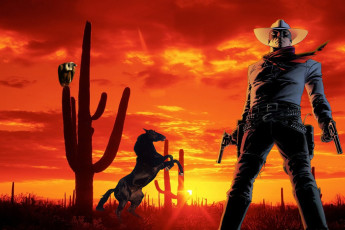 “…Auditioned for this thing from my agency last week. Today, I get a private, direct requested audition from a dead profile I left on voicesdotcom’s site today for the EXACT same thing, as a NON-union audition for only $100-$250. Told them to pay scale or go back to my agency and deal with them. Either way, I ain’t doing that. It’s not right. Oh, and informed my agency of what they tried to pull too…”

There is so much wrong about this revelation on so many levels that it’s almost hard to parse.

There are a lot of  unanswered questions here, too…and when there’s THAT…people tend to think the worst.

First, where did the job originate?  From Voicebank?  If so, there’s no accounting for who might have listed it, seen it and picked it up there.  But if it was generated from an exclusive agency relationship, and THAT AGENT not only farmed it out to their talent but ALSO posted it on VdC…then that right there is immensely troubling.  I know some agencies are getting squeezed, and maybe even getting desperate, but farming a  job out to VdC in hopes of getting a cheapo talent not already in their roster IS pretty underhanded.

Second, Union vs. Non-Union.  This relates back again to the origination of the job, but if the producer ultimately seeking the talent is OK with accepting non-union for a lesser cost, that too is nefarious and breaks a number of rules.  Also, if the agent is somehow involved in this non-union slight-of-hand, then it’s doubly damning for them.

Third, Voices.com’s role.  I don’t suppose VdC can be held responsible for a client making a private, directed request based on a “dead” profile, but theyFOR ONCE they did little to control this transaction, and goodness knows…THAT’s rare!  If it’s a union gig, though… VdC should allow it to be represented by ANY of its clients as a non-union job (for considerably less).  I’m not going to go into why this talent left a “dead” profile on the site, but I guess that proves it wasn’t too “dead”.  Either you’re OK with what VdC continues to do, or you’re not.  If you’re not… then ask them to remove all traces of your former self there, so this predicament won’t happen.

Fourth, Be Smart, Be Educated. If you were starting out as a teacher, or a welder, or an accountant, or ANY professional trade, you’d want to thoroughly research the job/compensation field.  Coming in too low may seem advisable given your experience level, but it may in fact only show your lack of respect for yourself, your profession, and/or your peers.  Learn what are acceptable levels of compensation.  Do you want to elevate your profession by your presence in it, or tear down the progress others have built?  Don’t jump at ANYTHING.  It’ll be hard to justify marking up your rate once you’ve shown you’re willing to work for less.

Finally.  Man up!  It’s the Wild West! Internet disruption of the once-stable niche world of voiceovers is never-ending.  Yes, it’s created new opportunities, but also destroyed old paradigms.  In between, there is new territory that has yet to be claimed, and the price is up for grabs (no precedent).  Aim high!  Read the fine print!  Ask questions of your knowledgeable peers.  Post questions (like my friend above did), and seek answers from your WoVO colleagues.  You’d be surprised the things you’ll find out.