Careful With the Curl 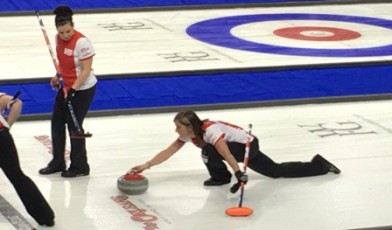 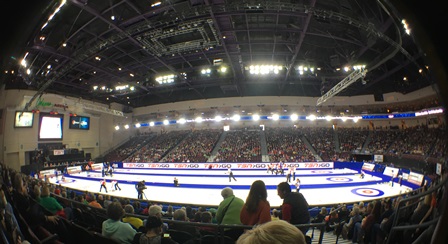 This past weekend, some Canadian friends talked me into going to a Curling tournament here in Las Vegas.

You know… Curling.  That uniquely eclectic sport played by people in countries, well…closer to the Artic circle.

Watch this clip, and you’ll probably remember having seen a Curling event before (it IS an Olympic sport).

Curling comes to us from Scotland (like golf).  THIS tournament pitted the USA and Canadian teams against all the other teams from other countries.

The game of Curling combines a delicate combination of human skills.  Focus, judgement, timing, placement, and team-work all contribute to a strategy akin to marbles/billiards/shuffleboard all rolled into one.

Jenny Jones, the Canadian stand-out and Olympic Gold medalist is one of the best-known personages in her home country.

A couple of things struck me as I watched the “ends” (innings) of this game.  First, the intensity of the person deliveri 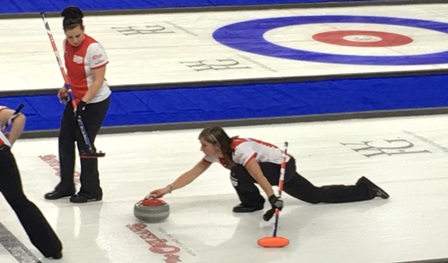 ng the stone at the beginning.

Secondly (and I seem to be the only one asking this question).  As the sweepers aid the stone in directing it towards the end of its journey (literally “curling” its path by furiously sweeping the ice — aiming the stone one way or another)  they are intensely focused on their job, yet they side-step all the other stones sitting around the target without hardly a thought (look back at the video, and you’ll see the sweeper stepping over another stone).  All this on slippery ice!

I asked my Canadian friend what the rules are when a sweeper inadvertently kicks or nudges a competitor’s stone as it sits on the ice next to the target.  He hesitated a second, and said “I’ve never ever seen it happen”.  He’s 80, and aside from playing in college, he’s been to hundreds of curling tournaments in his lifetime.

OK.  These are pros.  They know what they’re doing.  They play by the rules, and they don’t jeopardize their chances of success with something as clumsy as knocking into a stone already in place around the target.

It made me wonder.  I’M a voiceover professional.  I know what I’m doing (I think).  I’m playing by the rules (such as they are).  Am I bumping INTO career stones, instead of gingerly avoiding them?  Is THAT keeping me from winning the audition?

How’s my focus.  Are my skills up to par?  Am I practicing enough?  How’s my timing?  Am I placing the right message to the right people in the right vector?

Maybe I need to finesse my approach using a vigorous sweep of the field in front of me (with a dedicated team of colleagues), and curl it in for the win.