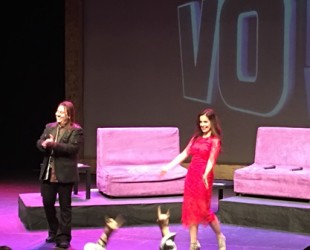 Never mind the technical preparation that goes into each show.  Forget the work done to even conceptualize, create attitude, and book the talent.  It’s no big deal coming up with the topics and the PR surrounding all those shows.

No, the real achievement for Chuck Duran and Stacey J Aswad is in their dogged persistence, sticking to their plan, and having the discipline to do the show regularly.  THAT is  the best example of determination that any voice-actor could take home every week. 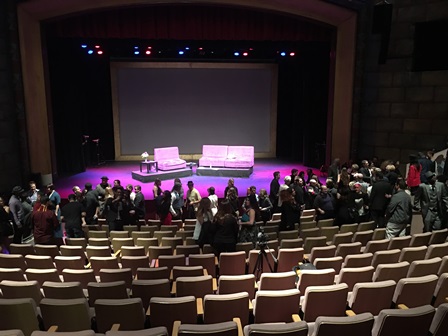 the El Portal Theatre in LA Saturday night capped off a steady string of informative interviews for the last several years.  The show reflected the affection the VO community has for the dedication Chuck & Stacey have for the craft.

Each segment brought out a new panel of experts among talent, coaches, booking agents, and others who define our business.

Talents like Joe Cipriano, Beau Weaver, Fred Tatasciore, and Bob Bergen were there along with coaches like David Goldberg, Nancy Wolfson, Pat Fraley, and Jod Gottlieb.  But the theatre was packed with talent of all stripes, and people who make voiceover work happen everywhere.

Afterwards, of course, there were parties to attend.  The best part of these happenings is the chance to meet in person, those people whom  you only know on social media – kinda.  When you look ’em in the eye and shake their hand, you seal the deal – in a sense.  One of those encounters for me was voice-character star Christian Lanz…someone I’ve admired 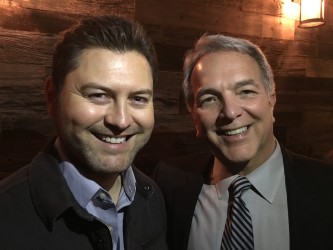 and interacted with online many times.

It’s important to spend some time in the presence of other voice-actors.  Ya just can’t stop smiling!