A Defense of the “First Take” 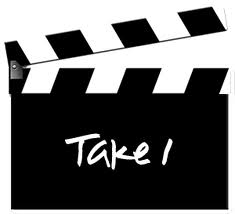 The main point of this blog is not going to sit well with many…least of all the accomplished voice coaches I’ve worked with. So, consider this point of view more as an idea I’m floating out there as an alternative.  It’s a counter-argument to the other end of the spectrum,which is a school of thought that says you do as many takes as you need to until “it sounds right”…or until “you get it right”…even perfect.

The idea that your first take may be your best take is tantamount to heresy for a good many seasoned, schooled, and mature voice talent.  The common wisdom follows this general thinking:

Or do you just continually add takes of certain sentences and phrases to the whole, editing it all together until you have the completed “perfect” spot?

So let me ask you — knowing what a perfectionist you are (we all are) — when is the take good enough?

How long do you spend doing endless takes until you’re satisfied?  How much time do you spend perfecting perfection? By your 20th take, have you lost all perspective of what the client originally wanted?  Do you have what YOU think is the best take, or have you truly hit the ball out of the park on this audition because you’ve NAILED it?

A couple of years ago, I rented my studio out to one of the top actors/voice-actors in Denmark.  He was in town playing the World Series of Poker, and had a full film crew with him.  But a client back in Europe needed a re-take of one line for a spot, and his producer went hunting for an ISDN studio.  My name popped up in a directory, and one afternoon he showed up at my door with his film crew.  Nice guy!  I showed him the studio, how to operate things, and gave him a bottle of water.  Remember, he was there to cut ONE LINE. 52 minutes later, he emerged from the studio with something like 23 cuts of that one line…finally happy with the last one.  I shook my head in disbelief.

Now, the other side of the coin

This line of thinking will feel familiar to anyone who’s done live broadcasting.  Radio. TV.  Even live announcing at events. YOU ONLY GET ONE TAKE.  It better damn well be good.

Necessity breeds intensity…even perfection (sometimes). I remember when I got serious about Voice-Over work.  I was amazed that it was OK to do more than one take.  Wow!  What a concept! How cool! But… I’m pretty happy with the first one, thank you…why should I do another?

Now mind you, I’m not saying your read comes from the first time you’ve seen the copy.  I’m saying you only get one chance to deliver the line out-loud.

In this school of thought, you first analyze things pretty good.  Edit the copy.  Mark-up the copy…maybe even practice under your breath once or twice, but the idea is that the first spoken take is the best take. In favor of the “first take” philosophy:  It has the greatest first-time discovery of the words, it’s the most innocent, and in many ways the most genuine.  It’s the one following closest to your comprehension of the client’s direction.

Could it be, it’s more the true you than the one that comes contrived from all that coaching you’ve had? If the first take is so bad, then why do so many voice-over sages encourage us to get IMPROV experience.  Lessee… you only get one take with improv, no?

Hey, all those coaches are telling you… what?  Be the real you, right?

Only you can bring to this spot the experience and savvy that is unique to you, so bring it.  Make it authentic the first time around and walk away.

There I said it. Now, do I believe it?  Not entirely, but I’m more likely to trust my instincts with the first take, than second-guessing myself on to continuous re-takes into the night, with 5-10 more auditions waiting for my attention.

But then again, my first-take comes after 30+ years of continually doing ONE TAKE three times a day, five days a week in half-hour portions.  You can dismiss it as broadcast “newspeak”…or puking in to the mic… but experience is an undeniably hard taskmaster, and I’ve learned my lessons well.

In the recent November sweeps, all the newscasts in which I anchor, won their time-slots.  That’s not bragging, or even taking credit for such success — it’s a team effort.  But seeing as we’ve won 18 of the last 23 ratings periods, I think I can own a little of that accomplishment as my contribution of an authentic “first-and-only-take” to an audience appreciative of the fact that I didn’t keep reading the line over and over till I got it right.

[This is a direct reprint of a blog I wrote exactly two years ago, and I believe in it now more than ever]