The Voice-Actor’s Law of Diminishing Returns 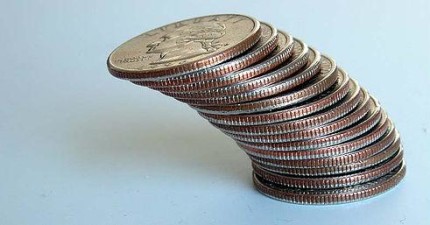 Franklin wanted to better his chances at getting documentary voiceover jobs, and sought out a top producer to help with a killer demo.  He was taken aback by the quote he got.  Would it be worth it?

Barbara just knew she’d improve the sound of her VO auditions if she just had a better mic or one of those silky-smooth-sounding pre-amps.  When she added it all up, the cost was prohibitive.  Should she go into debt anyway?

While Franklin and Barbara are fictitious voice-actors, their predicament is not…nor are their misguided priorities.

I can write authoritatively about this, because I’ve been there.  In fact, I’m still there in my most desperate moments.

Early on, I just KNEW that owning the $1K mic, or the Avalon pre-amp was the answer to voiceover success.  I stocked my studio with audacious and expensive equipment that so-called experts told me was must-have.

I spent oodles on the best coaches…paid big travel dollars and entry fees to the trendiest conferences, bought the finest books, and invested in all the online tools.

I was trying to buy success.

Let’s be honest.  You do have to have good equipment.  There’s nothing wrong with seeking proper coaching, or networking at conferences… but there’s a point of diminishing returns.  The more you spend AT FIRST accelerates your chance at success, but continuing to spend capriciously only makes you incrementally better by small degrees.

Most of us reach that threshold pretty quickly. Probably somewhere back a couple of years ago, you had all the stuff you needed to be successful at voice-over.

No way was I going to make cold-calls.
Accepting rejection?  I’d rather avoid it, thank you!
Standing up for better rates with an overbearing client?  Uh, my non-confrontational side took over.

I knew how to spend money on better equipment.  I was willing to buy into the lie rather than face the truth…and the truth is that the marathon path to success in voice-over requires persistence, savvy, patience, hard-work, facing your demons, and overcoming your fears.

How many voice actors do you know with thin, raspy, or unspectacular voices who are KILLING it in receipts from a long list of steady clients?  I know plenty.  How could this happen?  After all, I’ve got a TLM-103!!!

Yeah, but they have marketing, prospecting, and business acumen. Or maybe they’re incredibly good at promotion, or goal-setting, or follow-up, or networking.

THIS is why I wrote my book More Than Just A Voice: The REAL Secret to Voiceover Success.  Because a great voice is maybe 15% of the formula of VO success.  The rest is chutzpah, practice, a business plan, a  marketing plan, metrics, more practice, and maybe a little pigheadedness.

Oh, and don’t think KNOWING this has made success a breeze.  Intellectualizing the truth is one thing…practicing it is something else entirely.

So get the good mic, pay for a good coach, and make the scene at a VO conference… but then start investing those assets in hard work.  Anything else goes past the VO tipping point.