Would You Support This Strike? 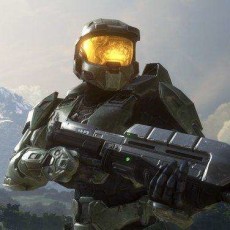 SAG-AFTRA is standing up for voice-actors.  At least those who create popular vocal characters for video games….in Hollywood…who make a lot of money…and have celebrity.

The pot is boiling over on contract negotiations, and the word “strike” is popping up more often in the media covering this story.  See the links below for a couple examples of that coverage, but basically, this is a standoff between the union representing voice actors, and the video game companies (Electronic Arts, Disney, Activision, etc).

Hugely popular video games have created celebrities in the voices of main characters.  Many of those celebrities are SAG-AFTRA members, and the latest round of contract negotiations defining their pay and work conditions is not going well.

One of the key sticking points is similar to a challenge in most all genres of voice-acting:  digital distribution rights…online exposures…re-use of recordings in streams not defined in the original agreement.  The union also wants to minimize damage to an actor’s voice in making extreme vocalizations (shouting).  Solving these issues for voice actors is a commendable union goal.

For their part, the animation studios are asking for the right to fine “inattentive” actors, and seeking exceptions for the use of motion capture.

As a SAG-AFTRA member, I was asked to vote on whether the union should strike over this issue.

The videogame industry has never given much respect to its voice-actors.  Only the very top talent have union representation, so it’s interesting (and somewhat encouraging) that SAG-AFTRA is choosing to take a stand on their behalf.

In my opening remarks, you may have picked-up on my cynicism.  In truth SAG-AFTRA aggressively pursues ANY mistreatment of member voice-actors…not just videogame voice-actors.  That’s one of the perks of being a union member.  SAG-AFTRA has the might and the right to defend it’s members when there is wrongdoing.

I don’t play or voice for video games.  I’m a reluctant union member.  I don’t live near Hollywood, and I don’t make a six-figure VO income.  But I would desperately like to see an 800lb. Gorilla like SAG-AFTRA speak for the struggling middle-of-the-road voice-over union member.

Corporate forces in the marketplace are making mincemeat of decent rate structures.  Opportunistic producers are demanding outrageous buyouts, and predatory “coaches” make a mockery of education.

Only an organization with the heft and clout of SAG-AFTRA could right these wrongs.

Or maybe…just maybe… a fledgling, grassroots non-profit like World-Voices Organization could shake it up too.  Maybe that’s why WoVO just reached a membership milestone.  Hundreds of professional voice-actors who enthusiastically and passionately support “taking the high road”.

SAG-AFTRA wants to back videogame voice-actors.  WoVO wants to advocate for the profession of voice acting.