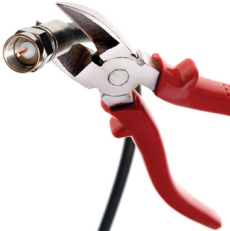 An entire generation of “millennial” consumers have no idea what a TV antenna is, have never purchased a cable subscription, and can’t wait for wearable computing to hit its stride (Apple iWatch is a start).

ESPN — previously thought to be virtually impervious as a juggernaut of sports programming —  is one of the biggest losers, because it’s typically force-bundled with other basic cable packages that are the target of most cable-cutters.  The Disney subsidiary has lost 7.2 million visitors in the last four years. (TechDirt)

As oft-mentioned in this blog, the products of such traditional streams of media:  episodic TV, Sports, News, Documentaries, Mini-series, and specialty-event programs offer the very best voiceover opportunities.  Promotional spots for network TV, and Television ads (local & national) pay better than almost anything else in our business.  If they go away, what happens to all those opportunities?…and everything else down the food chain?

No one knows.  No one can reliably estimate viewer erosion.  Cable/Broadcasting is largely in denial.

What’s replacing it all?  Broadband programming.  Think “House of Cards” & “Game of Thrones”.  Vudu, Hulu, Amazon, Netflix, YouTube, and about a hundred other interests getting on the bandwagon.  Internet providers are scrambling to live up to the promise of bandwidth-devouring video programs on digital pathways that were designed for webpages, Skype, and MySpace.

Legacy content providers like ABC, CBS, NBC, FOX, HBO, USA, ESPN, CNN, Univision, etc., and their corporate owners are hustling to move into the new digital space, but are hampered by the afore-mentioned denial, as well as protocols & processes that are steeped in traditional (read: old) ways of doing things.

Worse…ad agencies have NO CLUE how to price their commercials…where to put them…who they’re reaching …and which creative approaches are working anymore.

The whole system is in flux.

All this is making genres like eLearning look a lot better for voice-actors…or audiobooks.  Video game voice opportunities are strong.  The big money is still in Hollywood, and stuff like ADR, animation, cartoons, and anime’ are also promising.

I can tell you as someone on the inside of local TV…these changes are palpable.

The good news is that no one can conceive of a decent replacement for TV ads, so FOR THE TIME BEING, agencies are still pouring money into legacy media.  A :30 SuperBowl spot next year will sell for around $5-million.

Creative new developments like YouTube pre-roll ads aren’t even on the radar of SAG-AFTRA, and the shops producing these media are quick to ask for exclusive buy-outs that last forever, and have wide conflicts.  On top of that, they’re still pricing compensation based on weeks or months, not views — which can often run into the millions if attached to a “viral” video.

This is a good time to keep your head up and your eyes open.  Don’t rush into agreements with lots of fine print.  Ask questions.  Ask for time while you seek advice from seasoned peers.  As always, having “spine” more-often-than-not will gain you respect.

If you’re really desperate to know what’s going on, ask a millennial. 🙂