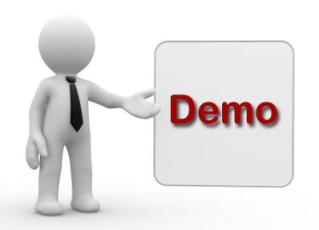 Lord knows it’s hard enough to be honest with YOURSELF about your demos.  It’s even harder to be candid, yet diplomatic with your peers when they ask you for an opinion about THEIR demo.

And yet, the call eventually comes…that email with an attachment.  Someone thinks you’re a sage, and that minute-long .mp3 is being proudly offered for final clearance from you — the expert in demos (not!)

More often than not, such a request comes from someone on the early end of the VO career spectrum.  Maybe it’s their second demo, but most likely it’s their first…or their first SERIOUS demo.

Your approach could be different, but I think honesty and sensitivity are key.  After all, you’re no REAL judge of demos (very few can claim that mantle, in my estimation)…but you do know a few things, and they did ask your opinion, after all.

Hence, the ART of evaluating a colleague’s demo:

1)  Find something good.  Sound psychological principles support you making a positive first comment.  It could be:  “…you kept it within a minute…that’s good!”  –or–  “…the production quality is tops!”  Your VO peer just spent a lot of time and money on their audio calling card…acknowledge something about their investment that’s encouraging.

2)  Be humble in your approach.  I usually give this prelude to my critique:  “You know… if you send your demo to 10 different people, you’ll get 10 different opinions…mine is only one.”  –or–  “…I’m no expert at demo production, but this is what I hear…”  This lets you off the hook if they were hoping for a slam-dunk endorsement of their demo, and didn’t really want to hear the truth.

3) Stand on facts.  Let’s face it, there are some pretty hard-core essentials to a basic commercial demo, and if one of these aspects is missing, you’re on firm ground to point out its absence.

If all of these (maybe you’ve got a short list, too) factors are present, move on to #4.

4)  Offer some meat.  Look, you’re not a true friend or colleague if you aren’t honest.  Even someone who was hoping for a big A+ in a red colored-pencil on the demo will admit that it’s not perfect.  There’s likely room for you to make a legitimate constructive observation.  It could be something that just happened to catch your ear:  “…I like the 4th cut best…you should move it up…”  –or–  “…that transition between cuts C & D was a little muffled…”

5)  Leave ’em thinkin’.  If it’s a bad demo, and you know it…you’ve gotta save ’em from embarrassment by saying something to the effect of:  “Who did this for you anyway?”  –or–  “You know, you only get one chance at a first impression…is this really what you want people to remember…?”  If it’s a middling or even an excellent demo, you can always say:  “…this demo WILL get you work…but…”  Then after the “but” fill in the blank with something to the effect that:  “…even a good demo is ONLY good for a couple of years…”  –or–  “…just promise me you’ll give it a good hard listen in a few months to make sure you’re still happy with it…”

Obviously most of these admonitions go out the window between old pros who just wanna hear the bald-faced truth… please don’t sugar-coat it.  Chances are, you’d hafta really get picky to find something bad with the demo offering of a seasoned voice actor who knows where to go to get a righteous demo produced.

For everyone else; newbies or people you really don’t know…I admit it… I hate to hurt anyone’s feelings.  I like being positive, but I also can’t let someone off the hook if there’s a glaring flaw.  Done with some sensitivity, a demo critique for a fellow voice-actor can benefit you both.