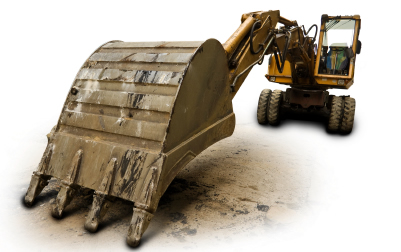 In 2003 I bought a tablet computer from Gateway…operating system made by Microsoft. It did much of the same stuff the iPad does today…even some other things the iPad STILL doesn’t offer. Why did Apple’s offering become an instant overwhelming success, and a similar product by Microsoft 7 years earlier, achieve only anonymity?

Almost three years before the Kindle took the e-book world by storm,  Sony launched the Librié book reader licensing the same E-ink screen technology, and a similar set of functional features as the Kindle.  Why did  relative upstart Amazon (at the time) blow off the doors…and mega-media and electronics giant Sony fall by the wayside?

The answer is not simple, and brand loyalties notwithstanding, there is a strong underlying thread in these two examples: groundwork.

Steve Jobs had already mustered all the relationships he ever needed to bring CONTENT to the iPad before the first one ever left the production line in China. Sure, the iPad itself is a feat of elegant engineering…but what’s a great screen without oodles of content to display ON it? Microsoft had the gizmo…but ZERO content to make it’s 2003 tablet desirable. Jobs laid the groundwork, Bill Gates laid an egg.

Similarly, despite Sony’s vast holdings in all sorts of popular media, it was Amazon’s Jeff Bezos who grasped the true magic of a hand-held e-reader:  making Amazon’s book content brainlessly easy to access through Kindle.  It was the easy facilitation between the two that made it work.  Want a book?  Shop the store through a wireless connection, and the download is virtually instanteous.  Bezos had done the groundwork that made the Kindle a portal to books of every kind…something Sony overlooked.

WHAT MAKES UP YOUR V-O GROUNDWORK?

Voice acting is more than a voice or a perfunctory delivery.

When you shoot your audition across the internet, what groundwork have you laid to support the effort?

Are you doing voice work, or seeking a voice over career?

What content are you marrying to your mechanism to put value to the read?

A few things that “BRINGS” your content.
1) Allowing your life experiences to bear in your interpretation.
2) Discovering your signature sound.
3) Practicing through your patterns until the practice iteslf produces a new echelon of ability.
4) Thinking through the copy and your approach to it, instead of defaulting to a comfortable (and cliché) delivery.

See?  Do the groundwork (the nuts and bolts), so that when you’re called upon to deliver the content (your talent) you’ve got all the support and preparation in place.

What’s the old saying:  Luck is what happens when opportunity meets hard work.  There is no such thing as an “overnight sensation”.

Do the groundwork…then go be great.