You Really Have No Idea… 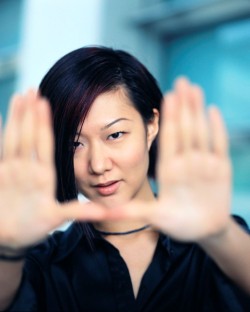 …what you’re getting into when you embark on a career in voice acting.  You may THINK you know.  But you don’t.

That’s not a bad thing.  An honest look into the future might be enough to scare you off.  Better that your passion, eagerness and innocence see you through at the start.

I say all this because I’m simply amazed at the sheer number of people I see starting in this business right now.  Some of it has to do with the paradigm-shift I’ve written about in media.  Some have stars in their eyes and see easy bucks for little effort.  Others are cruelly being promised the world by indiscriminate and unscrupulous coaches.

For the good coaches…the ones with a heart and the patience for hand-holding, I stand in awe.  I understand the fulfillment in leading others down the right path…but it’s not in my genes.  I just want to do the work.  I don’t mind mentoring, though.  In fact, because of my blog and the high profile I’ve curried in this business, I’m often approached with questions.

You know how THAT goes!  Most of them are pretty sure that a great voice will immediately carry them to quick success.  The encounters with those people prompted me to release my book:  More Than Just a Voice: The REAL Secret to Voiceover Success.

There are a number of great resources, lists, and websites devoted to answering the questions of VO newbies.  That’s usually my first recommendation:  do the research, and if you still want to pursue voice-acting…let’s talk.  One of the best resources around is Peter O’Connell’s:  The Voice Over Entrance Exam.

Several years ago, I wrote an unabashed and brief list of my own, stating some brutal realities that should be understood when launching into voice-acting.  I still stand by it’s tenets.  Again, it’s not meant to discourage…but intended to open your eyes.

1) A good voice is not good enough. It’s not even a basic criterion, really.

2) Can you read out loud, and make it sound like you’re just talking to someone? And say it in 20 different ways? 10 different dialects? And PERFORM at the drop of a hat?

3) This is a business. You need a business plan, investment capital, passion, and stick-to-itiveness.

5) You will need better-than-passable computer hardware/software/networking skills, and a fast internet connection.

6) Are you willing to accept criticism, swallow reality, and keep coming back?

7) How well do you handle rejection? Even when you know you’re better than your competition?

8) Eventually, you may have to invest $3,000 – $5,000 to update your equipment, get coaching, and pay for marketing and advertising materials.

9) You’ll need to be your own accountant, PR person, web-author, and self-promotions guru.

10) Get ready to go back to school. Voice Over 101. Coaching and education is an on-going necessity.

11) Accept that growing opportunities are counter-balanced by declining compensations, and increasing competition.

12) How enterprising are you? Do you work well alone? For weeks on end? With no one but yourself for encouragement?

13) Is your spouse/significant other/partner on board with this? We’re in for a long haul!

14) This is a huge, varied industry. What segment do you want to target? AudioBooks? TV Imaging? E-Learning? Commercials?

Did I miss anything?  Yes… I missed the fact that the voice over community is incredibly giving, supporting, and encouraging.  Most of us just want to know that you’re not some fly-by-night wanna-be…that you’re serious, and that you take your approach to this business logically.

I might also suggest for newbies and seasoned VO’s alike, that you join the only Industry Trade Association for voice-actors in existence:  World-Voices Organization.  We have a mentoring program already set-up, and it doesn’t matter that you may not have any work under your belt… our “Associates” membership embraces you anyway.

If you know of others who are interested in this business, please share this blog with them.  You’ll be doing them a favor.