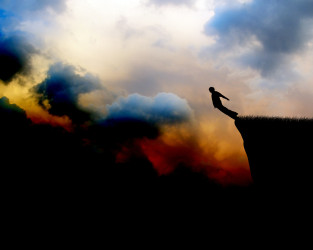 …and that’s really the issue.

We’re a universe of individual freelance voice actors who have no cohesion, no unity.  We don’t speak with one voice regarding the issue of rates.

WHERE’S SAG-AFTRA WHEN YOU NEED THEM?

Ideally, the union would do/does that for us.  But two things mar that vision:

The only positive thing the union offers at this point is a rate-sheet.  And if ALL voice actors (union and non-union) stuck to those rate thresholds, things would be peachy.

But as is so often stated:  “…there will always be someone willing to underbid…”

Luckily, there are also plenty of producers/clients/buyers who WILL pay decent money for good talent.

MUDDLE IN THE MIDDLE

It’s the other 80% — the jumble in the middle — that’s creating the crescendo of current ratings turmoil…and I see it more and more everyday online and at places where voice-actors congregate.

If you get a chance, read this FaceBook thread initiated yesterday by Atlanta-based talent agent Jeffrey Umberger to see where sentiments lie:  https://goo.gl/G2Zftk.

Threads like this on social media pop up with infuriating regularity…are vehemently debated…and then nothing really comes of it.

Contributing to the mish-mash:

There’s more of course.  I’m oversimplifying.  The growing convergence of global bazaar of products and services brings down previously-high pay scales in the USA.  You see it in every profession, especially where freelancers are involved.

Here’s an excerpt of an email offer I got yesterday.  Maybe some of you got it too.

“Most of the work we do right now airs regionally and is automotive-focused.  Our rates are the following (with expected 24-hour turnaround):

It’s nice to be wanted.  They told me they found me on the internet, and liked my work.  They said they thought I’d be a good match for the work they do.  That’s flattering.

My response was:  “…Thanks for approaching me with this opportunity.  Unfortunately, I must decline for now, as the rate you have offered is substantially lower than standard industry rates. As a member of World-Voices Organization, I would be happy to discuss with you what is considered a more acceptable rate for the assignments you quoted…”

WHY WE FOUNDED WoVO

BTW, World-Voices Organization has an entire letter offering a greater argument as to why these rates are insufficient, and why WoVO members are worth more.   The Benefits of Hiring a Professional Voice Talent.

In the absence of a greater solution (and admitting that I’m somewhat biased), I  believe World-Voices offers the best hope for coalescing around this cause, and getting some results in the long run.  We’re gaining members, momentum, and clout.  Without breaking confidences, all I can say is that we’re simultaneously working in several crucial areas to talk to the principals who help contribute and control this marketplace.  Maybe I’m kidding myself, but I think there’s a chance.

However, nothing will work as long as there remains a dedicated population of desperate, low-balling, and un-self-respecting talent undercutting the marketplace.

Saying “NO” is powerful.  Having a backbone is essential.  Taking the high road really works!