Did You Get This Too? 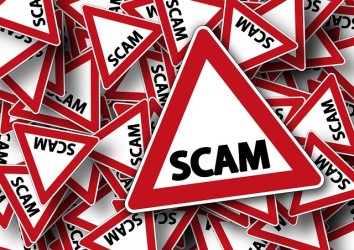 Ya can’t make up this stuff.

Apparently, it’s not enough what the big P2Ps are doing these days to destroy any hope of maintaining a respectable ratings structure for making a living at voice-acting.  Now the also-rans are chiming in.

Let’s not even mention ODesk, Elance, Fiverr, Thumbtack, and all the other disgustingly denigrating compensation-spoilers.  Use ’em if you’re desperate, folks, but just know that with each job accepted at down-and-dirty prices, makes it harder for the rest of us to hold our heads above drowning level.

Take this email I got from an up-and-comer.  I re-publish it here with his permission:

I received a response from an email intro I sent to a production company. The guy said that he would “keep my information on file,” but because of budget constraints, they use Internet Jock.

I had never heard of them, so I looked them up on the web (internetjock.com). Under the tab “Become a Jock,” I read some things that (even for a newbie) were shocking. They only accept experienced voiceover folks who are patient and professional. So far so good. But… they only take people that can do a 1-2 hour turnaround. On top of that, they take a 35% commission. Just in case you think I had a typo in there, I’ll spell it out–a thirty-five percent commission!

The rate they charge clients for a 60-second “commercial” (no apparent distinction for market size or TV vs. radio) is $60. According to my handy-dandy calculator on my iMac, that leaves $39 for the VO talent. And that’s for a 1-2 hour turnaround!

These “people” running Internet Jock demand patient and professional VO talent, but I’m not seeing those qualities from them. I just wanted to share this new (to me) website whose web site tag line is “Professional Voiceover Creation and Talent Since 1998.”

It’s a free country–if they can make money doing that in good conscience, then I guess there must be a stack of VO folks willing to do 60 seconds on very short notice for $39! I just don’t know how those VO talent get anything else done if they are waiting around to get an Internet Jock job and rush it out the door!

Oh yeah, that site also charges clients $60 per 30 minutes to listen in via phone to the VO doing a session from their home. Crazy!

First of all, God Bless this guy for realizing — early on in his VO career — that this is a disgusting fraud parading as a legitimate voice-over clearinghouse.  My friend’s name is Greg Kleist.

So, thanks, Greg for openly sharing and being savvy to the ways of the VO world at the early-going.  We look forward to great things from you!

If you feel the same, be sure to comment below with some attaboys for Greg…or to tell us about your own horror-story from a similar “service”.