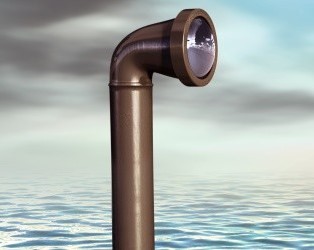 For once, my “traditional media” friends in the newsroom seem to be on top of this latest social media trend more than my VO friends — all of whom have said, “what’s Periscope?” when I asked if they’d heard of it.

Periscope allows live streaming of anything, anytime, anywhere through the magic of your smartphone and vastly improved broadband, wi-fi, and connectivity all-around.  The app is seriously brainless, and addictive.

TV reporters everywhere are bypassing expensive live trucks and doing some reporting on this app.  People at the Manny Pacquaio/Floyd Mayweather fight were “Periscoping” the fight, and sharing the action from prohibitively expensive seats. Attendees at ANY paid event could ostensibly share the goings-on with Periscope, so for this reason, it’s getting a lot of attention.

Periscope was developed and is owned by Twitter.  They were actually beat to the punch on this idea by another developer which stole the show at SXSW recently in Austin, TX.  That app — Meerkat — still exists, but is struggling.  Why?  ‘Cause Twitter kicked them off their site.  Then Twitter launched Periscope (which is actually a better app).

With the right configuration settings, Periscope “streams” can be saved as video.  Go ahead and install it for free.  (not quite yet available for Android, but available for iOS). The interface is drop-dead simple, and you can be up and streaming in no time.  It notifies you when others are streaming, and any number of  3rd-party add-ons are popping-up that help you keep up with Periscope communities, followers, contacts, etc.  You can follow others, and be followed.

Yes, much of what you’ll see on Periscope is frivolous, but just a little bit of imagineering might clue you in to some possibly valuable uses.

So there you go…  now you have your weekend social media homework assignment for the weekend.  On Periscope (like Twitter) I’m COURVO.  Search my name on Periscope, and follow me, OK?

Here’s a great article that will help answer some questions and get you up and running.