Keeping Up With Social Media Trends for Voice Actors 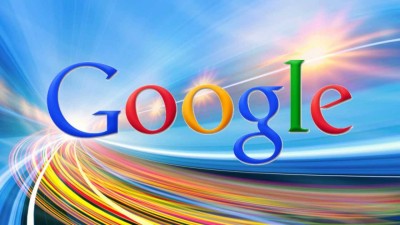 First there are the paid ads for voices.com, voicejungle, and Fiverr.  Then there are two or three entries for Apple’s VoiceOver service; next, an entry for voiceover on Wikipedia, and then Voice123, followed by voiceoverguide.

Invariably, though, CourVO.com  is the third entry on the second page.

I haven’t spent one red cent on SEO!  I gave up on trying to understand SEO years ago.  It’s a tangential issue to me.  One I can’t really ignore… but something I think is impossible for any busy freelance businessperson to spend much time on.

On two of those searches, I came up ahead of Voices.com.  Unbelievable !  I’ve Voices.com did something recently that Google frowned on.

Don’t get me wrong…I’m ecstatic to find this out.  It explains a lot of jobs lately, where clients tell me they “found me on the internet”.

But look…for years Google has been edging ever-forward with search-ranking formulas that reward genuine, original, consistently unique and shareable content.  Gone are the creative ways to “game” the search system.  Google has steadily removed ways to “tag” or “link” or “keyword” your way to the top of the list.

How long have I been blogging now?  Uh, since 2007…5 days-a-week (sometimes more).  2500+ articles.  That’s all I got.  That’s the only excuse I have for ranking so high on a Google search for voiceover.  Sometimes I “digest” or re-package good info I find.  Many times I  will reference someone else’s work, but more often than not, I try to post stuff you can’t find anywhere else in voiceover land.  That’s called “original content”…and in Google’s world, that’s gold apparently.

Call me a plodder, or call me lucky, but I’m going to term it consistency.  I set out to be one of the most prolific VO bloggers on the planet, and stuck to it.  So, I dunno, maybe that’s just being pig-headed, or entrenched or single-minded.

Maybe it’s not the smartest thing I could’ve done to build my VO business…but it’s what I COULD do, and it’s working.

Consistency is one of the key terms I use every time I give a talk on Social Media, which I did this last weekend here in Las Vegas.  Most voice actors are on social media somewhere. Facebook most likely, some on Twitter or LinkedIn.  But a majority are then stuck with the question:  “Now what?”  –or–  “How do I leverage this for my business?” –or–  “how can I link social media with jobs?”.

Much like life, there are as many ways to succeed on social media as there are unique individuals.  But there are also some good rules of thumb.  In the Slideshare presentation below, I share some of those rules, as well as some ideas of how to stay on top of the never-ending changes in the social media platforms.  Giddy-up!  This is the same outline I used this last weekend, speaking to a group of Vegas Voices at Melissa Moats’ new Voice Actors Studio.

Don’t have time to look at it?  Here’s the Reader’s Digest version: