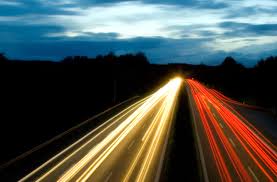 This week, the National Association of Broadcasters (NAB) hits Las Vegas.  Next to CES, it’s the largest, and most equipment-exhibitor heavy conference in the busiest convention city in the USA.  This same week, running concurrently to NAB is NMX, the New Media Expo (formerly Blog World Expo).  When it’s all done, WoVOConII begins.

So to say this is one of the busiest weeks in my year is an understatement.  I’m entrenched in a 30+ year broadcasting career, and I’m enamoured of all things new media.  So aside from the quandary of WHICH conference to spend my time, there’s the never-ending list of visiting friends who are hoping for a few minutes of my time for lunch, coffee, or a visit to the studio.

I could be angry that all this conference abundance is too much all at once, but I marvel at the progressive convergence of these realms, and the productive symbiosis ALL of it has with voiceover.

Traditional broadcasting is under siege.  Everyone knows that.  The challenge is for broadcasting as we know it to transform and adapt in the face of changing human habits and new technology & devices.  Can all that be done with something resembling a revenue stream broadcasting has previously enjoyed?

The answer to THAT is being hashed-out across the street at NMX.  Social Media is not so much maliciously going after radio and TV’s audience as it is flailing around, trying to find itself.  And that won’t settle in as long as the definition of journalism keeps morphing; it won’t settle in as long as device technology keeps breaking new ground every few months; and it won’t find itself until a workable solution shows up that satisfies advertisers and venture capitalists to the tune of billions of dollars.

In the meantime, broadcasters/new media still need voice-actors, and voice-actors certainly need them.   It’s an abundance of opportunity and possibility.  There’s no guide-book on navigating the changing complex of this converged media juggernaut.  The enterprising freelance voice-actor will have to do what she/he has always done:  work hard for the right to be the voice that’s appropriate for the product being developed.

Here’s the ultimate challenge:  that voice-actors be clear about the level of compensation they deserve regardless of how new media struggles to monetize their business.  Symbiosis recognizes the money is there, and voice-actors deserve their piece of the professional pie.