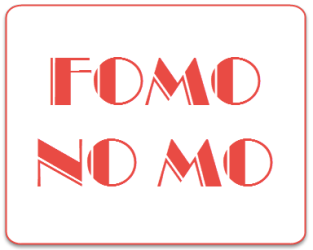 March was a challenge if  you’re afflicted with FOMO (fear or missing out).

VO Atlanta, and FaffCamp two weekends in a row, and I was at home sitting on my hands…or rather sitting in front of my computer watching the parade of tweets, pics, and FaceBook shares fly across my screen non-stop.

But then April brought WoVOCon.  I was fulfilled.

A few people completed the trifecta by making all three conferences.  While I immensely enjoy the face-to-face camaraderie of seeing my VO friends at conferences, I took no joy in knowing they ALL couldn’t be at the conference I was able to attend.

I mentioned recently in my blog WoVOConquered that I had been to over twenty Voiceover conferences since 2007.  In the early days of my VO career, I wanted to fit in, be hip, join the cool kids, and figure out what this new freelance thing I had chose was all about.  It doesn’t help at all that I’m afflicted with the syndrome known as being an approval addict.  That’s a personality characteristic that served me well as a news anchor for 30 years.  After all, the more viewers, the more stable my job security.   It’s taken me a while to figure out, though, that I’m better served in the long run pleasing my prospective clients rather than my peers in the voiceover world.

That doesn’t always settle the FOMO when another conference rolls around.  Although we work in relative isolation (or maybe because of it), we voice actors enjoy meet-ups as much or more as any other professional sector.   Conferences are places of learning. New announcements tend to be made during such gatherings. Often the proximity of so many enterprising souls breeds a threshold of initiative or innovation that’s amazing to witness and be part of.

But budget, travel, and personal commitments at home often don’t allow for the calendar to be massaged in a way to allow attendance at all conferences.

Cliff Zellman is one of those close VO friends who made VO Atlanta and FaffCamp, but couldn’t be at WoVOCon.  I know he sorely wanted to be.  He was on the WoVOCon planning committee.  He even sent his PROJECTOR for us to use, but couldn’t come in person.

Afterwards he wrote me:  “…Dave, I am SOOO depressed I missed the Con!  I am melting from the posts and pix, however reveling in the good time you guys had.  I think you need to write a blog about the addiction and “FOMO” (fear of missing out) a beloved VO event. How easy it is to attend and how difficult it is to miss….  We can ALL relate.  Because really, seeing you guys all together, and rarely, I am not there, it was easy for me to “project myself” into good times BECAUSE of  the good times we have had in the recent past.  Wow… does that make sense?…”

Yes, that makes perfect sense, Cliff…and here’s your suggested blog about the FOMO.  It makes knowing I’ll see you at the next one all that much sweeter!