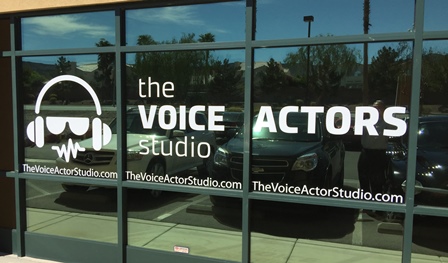 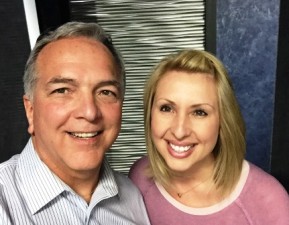 Motivational, Self-help, How-To, Inspirational training is the clichè’s clichè.  So ubiquitous is the genre that it used to demand entire sections of Borders Bookstore.  Now it surely must take up nearly 20% of the world’s bandwidth and server space, right?

Of course such topics deserve attention in our personal growth journey.  But those of us toiling away towards success in Las Vegas need no more inspiration than to look just across town to one of our own: Melissa Moats!

Melissa is a top VO pro of no small consequence.  The woman stays busy every day in her booth with commercials, promo work, narrations — nothing stops this gal.

listen to ‘Dream It. Do It.’ on audioBoom

For a few months last year, an unwelcome presence came back to visit Melissa, and those of us who know and love her worried that the big “C” was coming to collect.  Most bitter was Melissa’s acceptance that she’d have to put off a long-held dream of opening up her own studio.  A place where people could come and learn, share, do voice-work, and join in the vibrant community of voice-actors here in Vegas that she had helped form.

Some might say that dream pulled her through.  But it wasn’t one dream…it was Melissa’s parade of life-sustaining grit, an indefatigable spirit and “never-give-up” attitude that had her back in the groove in a few short weeks.

Now, back to full energy, Melissa has launched the The Voice Actors Studio in Henderson, NV.

With the quiet can-do help of her husband, Troy… Melissa is literally manifesting 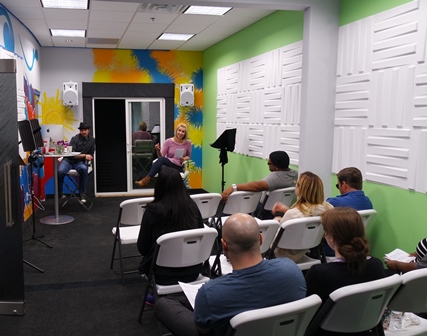 substance from a vision.  The 1800-sq-ft office space puts a classroom, and multiple studios under one roof.  During my weekend visit, Melissa shared her plans for as-yet undeveloped rooms at the site.  You could hear the satisfaction ooze from the pride of making this dream FINALLY come true.

And oh, what the future holds!  Classes, and ISDN installations, and weekend workshops, and, and…. and with Melissa Moats’ determination at the head of 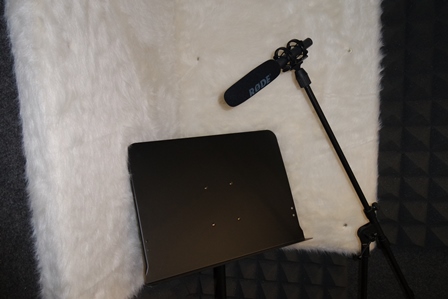 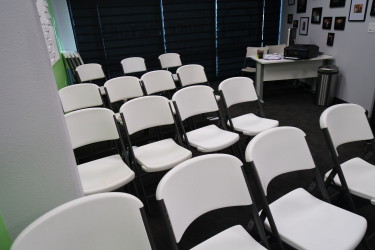 that wish-list…who would doubt those seats will be full?   Not me!

You dreamt it.  You did it!