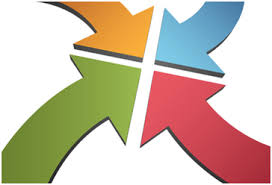 The reaction was almost universally positive.  People understand the value in coming together for a lot of common reasons.

If you haven’t seen the announcement or rationale, please read the article below that explains.  Sometime over the weekend ahead (Oct 11-12) I will be eliminating the Voice-Over Friends group.  ‘Sad to see it go in some ways, but also happy to be moving ahead with a new plan.  I will be a co-administrator of the VO Pros Place group with Terry.

I’m working on creating an archive of the VO Friends group’s collective consciousness over the years and hope to be able to make it available to the VO Friends alums on request.

My philosophy about social media, the marketplace, and opportunity is that there is always room for one more.  In that environment, though, success depends on many variables.

When FaceBook created a new feature called “FaceBook Groups” in 2010, I was among the first to launch one for VO people.  Voice-Over Friends quickly gained traction, and got busy.

As most of you know, I’m a big believer in creating, supporting, and nurturing the voiceover COMMUNITY.  A vibrant voice-over community brings dividends to all who belong, especially those who are active and contributory  .Mentoring the Voice-Over Friends FB group has been edifying, fun, at times a little too serious, newsworthy, and has facilitated many relationships.

As the administrator of VOICE-OVER FRIENDS, I screened requests to join this private group, and kept a close watch over the tenor of the conversations.  Mostly, I was a benevolent, laissez-faire overseer.  In the last four years 1600 people have become members, and I get scores of requests to join every week.

But my guess is that maybe 100 of the 1600 members of this group participate and contribute (give or take) regularly. That’s less than 10%.  No doubt many more lurk and visit.  But does this fit the definition of a nurturing community?  The answer is “no”, but for those who DO participate, the group has persisted and been useful.

In just the last four years, though (eons in social media terms), the entire realm of “MEDIA” has changed.  Take the broadest definition of media that you can conjure.  Now fracture that definition into a hundreds or thousands of specialty niches, and THAT’S the reality of MEDIA today.  People gravitate to the smallest manageable community of meaningful content focus as their comfort zone.  Most are willing to engage in much larger groups for other benefits, but those don’t provide the kind of personal touchpoints you get in specialty niches.

…how has this happened?

The advances of technology and personal digital devices has largely made this possible.  People have choices, and they mostly choose the groups where they are welcomed, recognized, nurtured, and in which they can easily connect, collaborate, and contribute.  People have allowed this exponential fracturing of groups because they can.

But just  because they can doesn’t mean it’s effective.

In this new digital milieu, the proliferation of like-minded niche groups is truly inspiring…but sometimes bewildering,time-consuming, and unproductive.

Thanks for reading this far.

We all have to manage our time, our priorities, and our productivity.

Because of the proliferation, redundancy, and waste of parallel VO groups, many of us have from time-to-time expressed frustration, and outright resentment. We watch as our membership in various groups grows, and find ourselves wondering…why?  How many groups can I possibly visit?  Am I missing something valuable if I don’t visit ALL the groups today?

The answer my friend Terry Daniel and I have come up with is this:  we are going to merge the Voice-Over Friends, and Voice-Over Pros FaceBook Groups.

The two of us have agreed to join forces. “Voice-Over Friends” will be closed, and all members there who are not already in “VO Pros” will need to request entry.  Terry and I will be co-administering this site and carefully filtering applicants – which is what both of us have been doing from the start.  The site may be re-named, but in the interest of keeping confusion to a minimum, that is a later decision.

Between today Monday, October 6, 2014 and Friday, October 10, 2014…the migration is being encouraged.  If you are already a member of both groups… you’re in like Flint.  If you wish to join in the newly-alloyed convergence group:  Voice-Over Pros, then please make the request to join.  Terry and I will be going through all the requests, and adding according to the groups’ well-stated criteria: Voice-Over Pros.

To make sure no member is overlooked, feel free to write me requesting that approval into Voice-Over Pros, and I’ll be sure to flag your request for approval.  Send it to: [email protected]

Terry and I agree that the group is not the place for ads, solicitous promotions, or self-serving posts. Contribute to the conversation, help colleagues, and stimulate great ideas. THAT is our goal.

After October 10th the Voice-Over Friends FaceBook group will be liquidated.

We anticipate this may disappoint some, but we hope most voice actors will see the benefit of this convergence, and will support the decision.

For all of those who have participated in Voice-Over Friends over these years, I thank you for your support.  Hopefully you will find all those relationships seamlessly re-created, sustained, and carried forth in the Voice-Over Pros group.