Tech Stuff Too Good to Miss 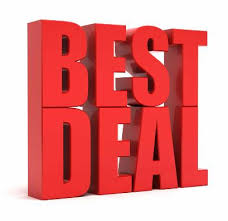 My email runneth over!

For some reason a bunch of stuff appeared in my inbox Wednesday…tech Stuff that’s just too good to miss.  Maybe you got it too…but just in case, here’s the short list:

VOICEZAM
Founder and CEO Bob Merkel never rests on his laurels.  One of the most innovative developments in demo play/display is undergoing improvements.  Oh, and that’s the other thing.  Bob listens closely to his customers, and works hard to make their suggestions reality.  See his announcement about improvements to VoiceZam in the pipeline now.  VoiceZam Upgradez.

Mo-Fi
For months now, Blue Microphones has been touting their radically design for headphones: Mo-Fi.  At NAB here in Las Vegas, they were demo’ing it, but it apparently wasn’t quite ready for prime time.  Now it is, and while they’re a little pricey, Blue claims there’s nothing else like it on the market.  High-fidelity headphones with built-in audiophile amp.

FocusRite
One of the top names in audio interfaces introduces a snazzy $100 USB pre-amp just right for the road.  The Scarlett Solo is on sale most places for $99.  See BSW.

Creating Images for Social Media
Pictures, Images, Video…it’s almost nor worth posting online without them these days.  It’s that important.  Luckily, there are some very cool tools for getting this done quickly and on a budget.  See “23 Tools and Resources To Create Images for Social Media”.  If you can’t find it on this site, you’re just flat outa luck!  🙂