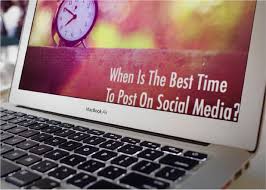 You’ve seen these infographics or charts before, but doggone it…they keep changing!

So, here’s the latest — and it was compiled by someone I trust implicitly — my own virtual assistant.  The data was collected for someone else, but she generously shared it with me and some of her other clients. Now I’m sharing it with you.

Check it out…it makes a lot of sense when you think about it.  But let’s face it — while these are good guides…nothing is set in stone.  Certain groups you’re targeting may have different peak times, and then there are time zones to contend with in different parts of the world.  I think one good idea to try is to post at different times from your usual pattern — and see what happens.  Almost always you’ll hit someone you didn’t before. 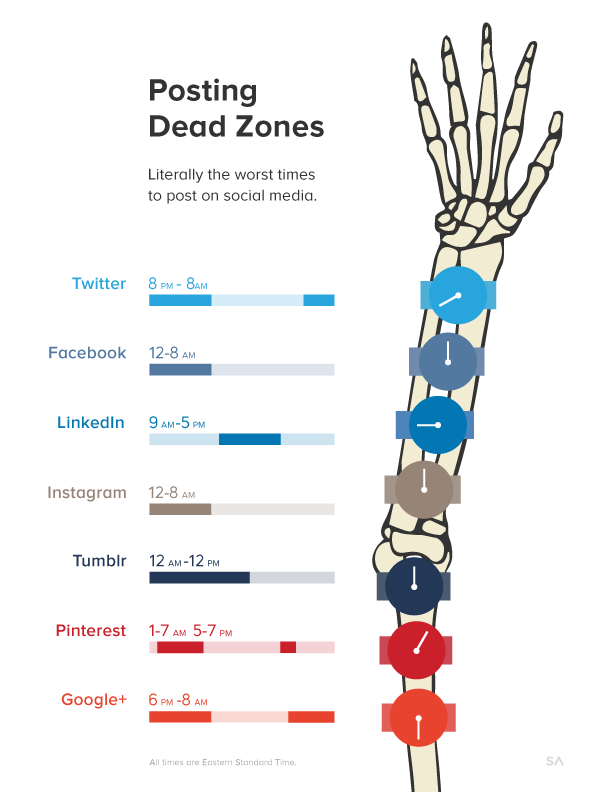 Obviously these times aren’t the be-all and end-all of when not to post on social media. A lot of it depends on what kind of business you are and the target audience you’re trying to reach. Timezones play an important role as well, that’s why we have an infographic in the works that will tell you, say if you’re based in New York, when you should be posting to reach Londoners at the optimal time as well as every other part of the world.