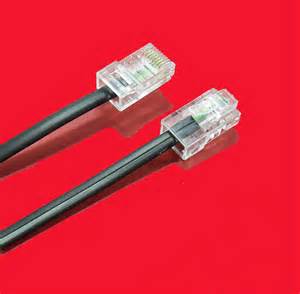 All the churning in online forums lately about new remote recording solutions is getting serious.  It’s also raising plenty of disclaimers that (again) the rumors of ISDN’s demise are greatly exaggerated.

World-Voices Organization recently took a bold stand encouraging people on both sides of the recording transaction (talent & producers) to wake up to the inevitable, and join in a movement that will democratize opportunity for all (and save significant amounts of money).  See WoVO’s Emancipation from ISDN Proclamation

Someone who long ago proved his chops in adopting new technology, saw WoVO’s Proclamation and called to tell me a story that seemed more than coincidental given all the a fore-mentioned churn.

In 1994, Joe Cipriano was able to single-handedly convince the managers at the FOX network to install something called Integrated Services Digital Network lines, so he wouldn’t have to traipse down to the studios every night after-hours to cut a few promo lines.  Now he’s among a select few Network TV promo voices who all use ISDN (and sometimes Source-Connect) constantly to get his job done.

But these days, Joe is fighting a similar battle with the Network heads over the new paradigms emerging.  His call prompted me to suggest maybe we should give his compelling story a larger audience.  We agreed to record our conversation about his recent connectivity “issue” (it’s a doozie!), as further proof that no solution is a sure thing (including ISDN), and that technological advances bid us to press forward anyway.

Watch below the 15-min chat we had about Joe’s brief brush with panic, the future of connectivity, and the tough pushback from the top.  Thanks, Joe!