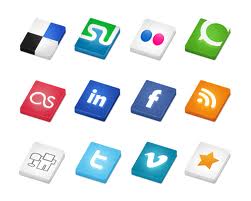 he sheer preponderance of numbers in our world today is overwhelming.

Looking at them, you get jaded in short order.  The eyes gloss over.  Relevance and perspective can get lost.

Not to add fuel to the fire, but I ran across a site the other day that may have that exact effect on you.

The list is alphabetical, so you have to get to the last page to find Twitter (500 million) and YouTube (4-billion views per day, 1-billion users).  Google+ is at 300-million, and FaceBook is at 1.4 billion worldwide.  LinkedIn, 260-million

I stare at the mass of numbers, and start to gloss over, yes…but I also see a darn good argument against those who would pooh-pooh Social Media.

The opportunities in these figures boggle the mind.  See you on Twitter..and have a wonderful weekend!