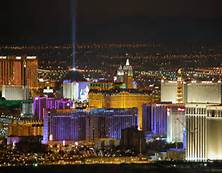 For the third time in the last several years, coveted VO Coach and producer Marice Tobias will be holding an “all-guy” weekend workshop.  I see a lot of recurring visits by those “guys” for this event, but for 2014, some of my fave buds from the voice-acting community will be there as well:  Patrick Sweeney from Canada, Dan Lenard from Buffalo, AJ McKay from Ohio, Chuck Davis from Connecticut, and Dustin Ebaugh from right here in ‘Vegas.

On top of that, Network Promo Voice Joe Cipriano has coordinated with us to have a “coming-out” party for his new book “Living on Air” this same weekend.  Many from the Vegas Voicer community will be there for that, and I’m MC’ing the event.  Later, Joe and Marice will interact with the audience in a Q&A.

Joe will be doing a live reading from his book that he’s been rehearsing with AJ McKay, and we hope to stream that live in a Google Hangout…so be watching your Google Plus Hangout notices around 7pm Pacific time Saturday night.  We also hope to catch much of the evening on a video recording, and will be showing excerpts here ‘n’ there.

Yeah, that’s a busy weekend, and all of us will likely be tweeting about it, and posting pics here and there, so we hope you’ll join in as we power-up a big Voice-Over weekend in Vegas!

Remember, later this Spring — likely April (?) — WoVO-Con will become a reality here in Southern Nevada.  Watch for the announcement.

See?  This isn’t such a dull town after all!