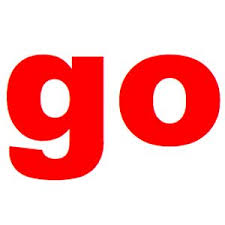 Adam Ablo contacted me yesterday to see if I’d be interested in re-printing an article he wrote about Mark Hamill of Star Wars fame.  He also wanted me to include a link to a studio his company is working with in London: goLocalise.

I didn’t know Adam from…well, er…Adam.  It turns out he works for glocmedia in London, an online and digital marketing agency.

The article brings us up-to-date on the voice work of Hamill, film icon who has turned almost exclusively to voice-acting.  It’s reprinted below in blue type.

But in the end, the connection to goLocalise may be more valuable to you.  goLocalise was founded by David García-González, who is also the managing director and owner.

Though Mark Hamill is and will always be best known for his role as the young Jedi Luke Skywalker in the massively popular and original trilogy of Star Wars, it’s a little known fact he is also one of the biggest and most successful voice actors of our generation and all time!

Fans and critics alike all know and love his voice over work as The Joker in just about every recent mainstream Batman adaptation, and he has since helped set the standard of the franchise with his iconic performances. Having made a role for himself in animation, Hamill has wasted no time expanding his broad repertoire in other media, playing “Wolverine” from X-Men 2: Wolverine’s Revenge, the villain “Ozai” in the popular Avatar cartoon franchise, all the time whilst working with voice over agencies and talent, adding to his impressive resume.

Hamill however refuses to commit to one form of performance and is constantly on film sets working all over the world, lately being seen in London for a project also involving Samuel L Jackson, a fellow Star Wars alumnus. His latest stint comes amid much speculation that he’ll reprise his role in the newest Star Wars that is being both written and directed by J. J. Abrams, who’s also responsible for the popular reboot of Star Trek and its sequel Into Darkness. Bearing all this news in mind it’s not unlikely to say Hamill will be back in the sci-fi spotlight for years to come, returning to us as an on screen presence rather than remaining behind the curtain as he has tended to recently.

Aside from television and voice work, Hamill has featured in several plays on Broadway, garnering much acclaim for his roles and versatility. His most memorable and noteworthy performances being in the popular plays “The Elephant Man” and “Amadeus” amongst other forays into this celebrated art.

Mark has been married since 1978 and has three children, he married before he was in show business and has avoided a lot of the media ruckus that can often impact relationships in the public eye. His on screen career was stunted however towards the end of shooting for Star Wars when his face was scarred in a car crash in the late 1970s.

Mark’s own words on the incident highlight the stress and problems it caused him, along with the severity of the situation:

I read in magazines, “Mark Hamill almost killed in auto crash.” And what prose… “As he dragged himself from the wreckage… the flames were higher”… you know? “His nose slid off his face” and I’m going, “Wow, this is great! But I don’t remember it!”…I just woke up and I was in the hospital and I knew that I had hurt myself very, very, very badly… but I wasn’t really sure. And then someone held a mirror up to my face and I just felt that my career was over.

Regardless of which Hamill has found other ways for his talent to shine through, and as these things often do his life has come full circle and is now looking promising to return to what originally made him a household name. However, his work in goLocalise stands strongly and with distinction, any veteran of the business would be proud to have the same credits on their resume.