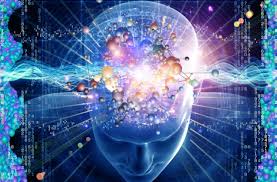 My wife has vivid multiple dreams every night…sometimes waking up exhausted, and often sharing rich details about each one.

There’s usually a hint that I was doing something during my slumber, but it’s gone in the ether the moment I awake…except yesterday morning.

I had an involved dream about a blog I was destined to write for Voice-Acting in Vegas.

But it’s true.  This dream was a multifaceted inspirational blog idea with a deep and intricate structure.  The idea was so bountiful that I just knew I would have enough material to write one of my longest, most erudite blogs ever. The title was even revealed to me in big bold letters:  CHANGEUP.

In this landmark blog article, the word ChangeUp would describe a roadmap to successful auditions, reveal an ironclad business plan, and would seal my voice-acting success.  It would even be a metaphor for how I should/would approach LIFE in general!  Upon awaking, the article was practically written for me!…profoundly evident and clear.  Crystal clear.

Then reality set in.  By the end of the day, I realized that while the title had legs, the concept was less than inspirational and far from clear.

What’s evident, though, is that my subconscious is busy at work with MY work.  MY change-up.

30+ years of Television broadcasting, and easily 8 years of dedicated immersion and commitment to voice-over work has yielded precious little of the runaway VO success I just KNEW was in my future back in 2005.  So much for unbridled expectations.

Maybe yesterday’s blog about “doing the time” crept into my cerebral cortex a little deeper than I realized.

Undaunted by dashed (unrealistic?) expectations — and probably being more pig-headed than is healthy — I’m in the middle of a change-up.  I’ve been pinging the people I consider to be my mentors, my experts.  I’ve been asking tough questions about my approaches, my marketing, my business plan.  I’m building a new website…recording videos…getting new headshots…launching new marketing materials, and taking a HARD look at how I spend my time.

This is MY change-up.  What’s the cliche’ saying?….if you continue to do what you’re doing, you’ll continue to get the same results.