The Stupidest Thing I Ever Did as a VO Newbie 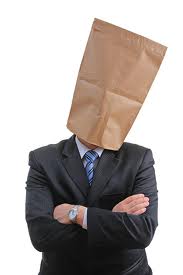 Even now…years later, I’m embarrassed about my misstep.  But I’m big enough to admit it.  I made a tactical mistake.  Maybe you’ll learn from it.

…and the whole thing left me with a question I still have not answered today.  Below.

Eager to start racking up successes as a voice-over novice, I over-stepped my bounds one day.  It wasn’t a terribly damaging mistake, but it left me smarting from the realization of my own headstrong stupidity.  I was an apprentice voice actor, but I was also already in my 50’s, and had some world experience under my belt.  Still, it never should’ve happened.

On one of the online VO forums, I joined in a conversation with someone I later found to  be an established big city voice-actor.  Here was someone who probably had little to gain from mixing it up with the likes of a starting voice talent like me.

Over-confident from being able to access such real-life voice-acting professionals on this forum, I started to believe real success was within grasp.  There was nothing to this freelance voiceover thing!   Sure, I was going to have to do some work — eventually — but ripe fruit was within my grasp!

Following the trail on this established voice-actor’s signature, I found myself on his website.  I noticed the phone number given in the contact information, and promptly called it.  I was one of the brethren!  I was assured of peer-contact with a real pro!

To my dismay, I got a phone message from the gentleman’s Agent.  Adjusting quickly, I stayed on the line to leave a message.  It went something like this:  “Hi, my name is Dave Courvoisier from Las Vegas.  I’m a friend of XXXXX, and I’m sure it’s OK with him if I ask to maybe send you a demo?  I’d sure like to be a talent in your agency’s roster!”

Not only was I ill-prepared to approach a big-city agency in this manner, but I had falsely suggested I had a friendship with a major name in the business.  I was name-dropping a name I had no right to drop!

He could have been livid.  He was merely terse (lucky for me).

In ensuing conversations, and prolific apologies, this gentleman came to understand that my misstep was not malicious, nor deviously opportunistic…. merely the actions of the uninitiated.  I was someone who didn’t understand how it all worked.  I was also stupidly arrogant and impulsive.  Big lesson.

Every business has unwritten rules of nuance, finesse, understanding, experience, and courtesy.  I had just been schooled in Voice-Over.

In the penitent conversation I had with this talent, the salient comment that sticks in my head is:  “…this is why I no longer find it worth my while to hang out in these online forums…”

He essentially captured in one comment, the quandary that established, knowledgeable, seasoned, mature VO professionals are presented with:  What is the benefit of hanging out online with a bunch of newbs?  What will I learn?  How can it help ME?  Heck, I might even get taken advantage of ! (oooh, that smarts!).

To this day, I don’t have a decent answer for that.  Sure, it behooves us all to pass back a little of what was given to us as apprentices.  Many tenured voice actors offered me sage advice along the way, and I try to mentor or pay it back as much as I can.  In fact, I do it every week.

But — honestly — after the umpteenth post about “how do I choose a microphone”… do you STILL want to chime in with an answer?

What is our responsibility as experienced VO professionals to the newly-minted, eager, and green up-and-comers to the business?  How far do you go to give newbs a leg-up?  If you are online and in the Social Media conversation, doesn’t that bid you to participate?  Why else are you there?  To lurk?  Really?  Is that right?

Or is the answer (as my “victim” concluded) not to be online at all.  At what point do you no longer need that sort of milieu to succeed?  Do you EVER reach that point?

Does being in an online community benefit your business, or just give you a relational context to your VO life?

Different for some than others?

Let me know what you think.