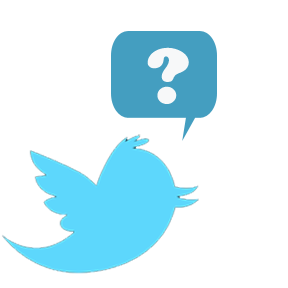 Twitter should not be ignored, so don’t be frustrated by this social network.  Next to Facebook, it is the most influential social network to see and be seen.  Don’t take my word for it…search Gary Vaynerchuk in YouTube, and listen to ANY of his motivational talks about social media (just be ready for plenty of profanity).  He’ll make you a believer.

Not only does it help raise your profile on the internet, but Twitter is actually a great prospecting tool.

That’s right.  With Twitter, you can find new clients.

The formula is not hard, you just have to bend Twitter to YOUR rules.  The key is smart searching with the right keywords, then engaging prospects with your usual charming self.

1)  Decide on 3 or 4 keywords you care about.  This may take some trial and error, and it may not be immediately obvious.  You need to think in terms of what words your prospects might use.  For instance, did you know that most people who write E-Learning projects are called “instructional designers”?  Words like voice over, voice-over, and voiceover are obvious and viable.  But how ’bout “studio”, “audio”, or “ISDN”?  Like I said, this may take some refining.

2) Armed with your keywords, head over to Twitter Search, or if you wanna get really fancy, use Twitter Advanced Search, and plug in your terms.  Try them in different combinations to see who is using them in those arrangements.  Those searches will reveal certain Twitter users who deal in those keywords, and based on their profile, whether they’re qualified candidates for further review as a prospect.

3) Once you’ve found some candidates who fit your general target…who use those keywords, and whose profile truly seems promising as a lead  – begin interacting with them in Twitter conversation, and do one or both of the following:

a)  offer ideas, links, information they may be interested in
b) offer yourself as a resource for information relating to the keywords

Consistently proffering yourself in this way…being unambiguously genuine and helpful — over time — will generate familiarity, relationships, commonalities, and trust.  With trust will come the offers of work — eventually.

Like any other lead-generation program, you must work this process, be persistent without being annoying, and keep track of your attempts compared to results.

It may not be for you…but it works for Vaynerchuk.  He’s a social media self-made millionaire.