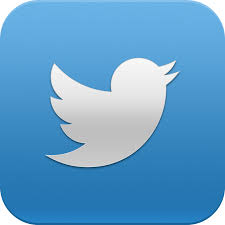 There are two motivations for this development:

Let’s face it, Twitter is quickly becoming the breaking news outlet of choice, but there’s a lot of flailing around, much misinformation, and often, finding a news tidbit is kinda like jumping on a moving speedboat as it passes under the bridge your standing on.

Related Headlines should help put those tidbits into context.

Their announcement on Monday:  “Starting today, you will see a new “Related headlines” section on Tweets that have been embedded on websites. This section, which you can view from the Tweet’s permalink page, lists and links to websites where the Tweet was embedded, making it easier to discover stories that provide more context.”

Open up a tweet by clicking the  miniature time stamp in the upper right corner and you see a list of web stories in which that tweet was embedded…plenty of them have not been embedded, and therein likes Twitter’s gambit with “Related Headlines”.

Drop that embed code onto your website.   Here’s an example of a tweet about VoiceOver Virtual I’ve embedded in this blogsite:

Face It – See incredible lineup of top #voiceover trainers at #VoiceOverVirtual – more than ever, anywhere … http://t.co/bjijPEUuE3

If the above tweet WAS embedded somewhere, the “related headlines” would appear in the bottom of the tweet as you see in this example when Jason Collins tweeted about his “coming out” in the NBA recently. 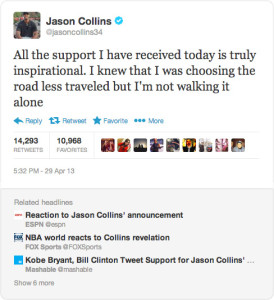 Those links at the bottom reflect websites where Jason’s tweet was embedded, and places where you can go to see more information about the story.

Once I publish this blog, the tweet I embedded above (in theory) should show up in “related headlines” when someone clicks on the details of the tweet.

Yeah, I know…this can kinda be hard to get your head around…and Twitter is already confusing to a lot of people.

HERE’S HOW I SEE USING THIS TO YOUR ADVANTAGE IN VOICE OVER LAND:

Drive traffic to your site when people embed your tweets in their blogs and websites.  How do you achieve that?  By doing what you should ALREADY be doing on Twitter:  writing tweets that contribute information, include links, fresh content, and news…so people will WANT to embed your tweets.

Alternatively, you can embed your own tweets or other viral and intriguing tweets onto your website or blog, and Twitter will automatically create a “related headline” link TO your site.

BTW, that’s one of the criticisms of this new plan of Twitter’s.  Plenty of people would like to be able to choose the contextual links related to their tweets, but right now, Twitter does this for them related to the embed code.

Want more information about this development?  See links below: