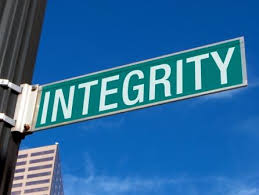 A voice-over producer approached me for some help yesterday.

He’s a seasoned audio professional, but his new business is still finding its footing…and he keeps running across a predicament with one of the main services he offers:  producing VO demos.

I know what you’re thinking…and you would be right to bring caution to the tale at this point.  We’ve all seen the rather unscrupulous “demo mills” sending you home after a quick weekend with a CD in your hands that holds your key to untold riches in voice acting.

I’m jaded by those stories too, but then his email took a twist I didn’t expect.  He went on to say:  “…we’ve gotten many replies from … beginners but we just don’t have the heart to sell them into any kind of demo situation when they are not ready…”

How ’bout that!  There actually ARE scrupulous producers out there!

I was so encouraged by his sense of ethics in this regard, that I immediately called the number on his email, and we talked for quite some time.  He wondered if he could rely on my help in bringing newbies up to speed, thinking coaching might a service I provide.  I don’t, (aside from some occasional mentoring) but I told him that his attitude on seeking qualified candidates for quality demos was most refreshing, and that I would help as best I could.

In my haste, I did not ask him for permission to spread the word on my blog, but I think good deeds deserve support…don’t you?

In that spirit, please consider using the services of AnGAudio.com.  Their specialty is Radio Imaging demos, and tell Gustavo that CourVO sent ya…OK?