Zellman Dishes on ‘Done by Six’ 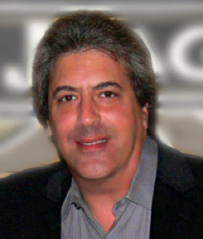 Many of us who were not lucky enough to attend FaffCamp, did NOT hear Cliff Zellman’s big announcement last weekend.

Your first introduction to that presentation may have been from my friend and fellow VO blogger Paul Strikwerda, who wrote about Zellman’s new brain child “Done By Six” just as Cliff was hitting the stage at FaffCamp to explain.  It’s a groundbreaking new way to develop a voiceover demo.

Going back many months, Cliff shared his idea with me in the bleachers at TCU’s women’s soccer stadium last October (see pic of us below this article in ‘related stories’).  I had come to Ft. Worth to see my daughter play, and Cliff came to watch, commiserate, and excitedly tell me about his big idea.  It was in the formative stages then…and I agreed to keep the news under my hat.  Now it’s out of the bag…and WOW!

Zellman’s plan is to draw in expert associates to direct demo candidates, then to aggregate the resulting sound files into the cloud, where professional audio engineers do the final mix.  That’s an over-simplification, but that’s why I’ve arranged with Cliff to explain it in his own words below in a Skype interview we did just yesterday.

in their own studio to record their voice.  He explains the value of using different mics in the video.

It’s great hearing Cliff explain it himself, though, ’cause you can see the passion and commitment he has to this idea.  Nonetheless, he DID supply me with this mission statement for Done By Six:

Diversity. Intensity. Believability. Education. Reproducibility.
We know your rainbow of talent can’t be painted by simply using one brush. Why should your representation be one dimensional? Our demos are what agents, casting directors and agencies are looking for. A truly diverse selection of high quality, professionally performed and produced audio performances..
Also, Zellman offered the written description below that summarizes Done By Six.

One KILLER demo… Hand pick 6 industry professionals each directing a segment up to 60 seconds, then edited and mixed by a master digital editor to create your perfect :60 demo.
Each Talent will receive our set of six high quality, very popular microphones to use while recording their demos (to be returned upon completion). Use and learn how these tools of the trade work best for you in YOUR own environment. You are involved in every step of the process, from genre to script selection, to final mix and sequencing. Whether your demo is for commercial, animation, audiobooks, radio imaging, e-learning, narration or medical/technical, Done By 6 Productions has the proven talent to get your demo done right.

See?  I told you it was a ground-breaking development in the making of a voice acting demo!

Now, hear as Cliff tells it in his own words, then a couple more notes about all this beneath the video player.

In case you don’t know…Cliff Zellman has more than proven himself as a producer, director, casting agent, audio engineer, friend, supporter, and colleague to many of us in this business.  You can read Cliff Zellman’s professional bio here.

‘Can’t wait to hear your new demo…Done By Six!