The Patterns of Pace 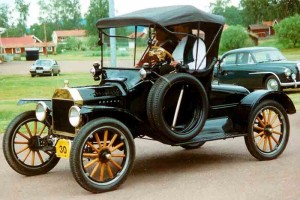 My Dad was born about the time the Ford Model-T became popular.

He died in the middle of the digital boom, even though he wasn’t part of it.

I marvel at the changes he experienced, but I’m even more astounded by the pace of change WE are all seeing now.

Technology is a blessing and a curse…giving us immediate access and contact, while increasing the presumption of getting it all done much faster.  The human being in the middle hasn’t changed.  More is just expected of us.

Voice Acting is not immune.  I’ve often written here about disruptive VO technologies, the internet, the cloud, and endless new devices that are making our job more advanced, and I’d like to say “easier”… but not always.

In my TV job, there are almost daily reminder of the morphing of journalism, content streams, digital news gathering, and device-driven viewing patterns.  Much of what happens there effects us as voice-actors, too…as some of the most lucrative work in VO comes from radio and TV adverts.

The highly-successful Social Media manager for the Ford Motor Company — Scott Monty — wrote a most perceptive article the other day:  MUST-NO-SEE-TV.  Take a moment to read it, and you will not regret it.  It basically states that we’re a victim of our own content over-abundance.  That all our cloud storage, time-shifted DVR programs, and net-streaming devices give us more than we can possibly consume.

Caught in the Middle

The hard part is that there is very little middle-ground.  It seem you must either be committed to the pell-mell pace, or go off the grid entirely to maintain your sanity.

Nothing has contributed more to that panic than the internet, and now…social media.  The business of voice-overs became enabled by the ease of contact through the internet, but it isolated us in our own home studios…then turned THAT on its ear when social media streams and forums allowed for real-time sharing of all that interests us.  Who knows what’s next?

This is why I love being a student of social media.  It’s cutting edge.  What’s happening there at the edge is tomorrow’s world.  But one thing that hasn’t changed is the math.  Even Gutenberg’s first publishing distributors were interested in keeping track of how many volumes were sold.  Newspapers had their readership, and TV has it’s Nielsen numbers.

The internet is still struggling to find successful monetization, but rest assured, it will be decided by the numbers.  Google Analytics, Klout scores, and Kred cred (or some iteration of SEO metrics) are the hope of next year’s millionaires.

I try to keep track as best I can, but what I know pales in comparison to the mega-mongo metrics list I stumbled upon last night.  It begs you to take a look if only by the sheer preponderance of its exhaustive research.

Honestly, if you can’t find the right measurement tool here, then it’s time to go back to Algebra 101.

…and if you read this far, I want to thank you for hanging with me in my ramblings today.  I thought it needed to be said.