The Argument For VO Marketing on Social Media 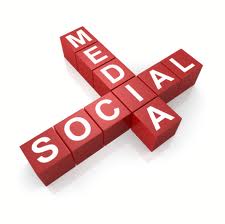 Social Media is on fire.  Never before have I seen more analysis, articles, metrics, and ballyhoo over the effect of Social Media on our culture.

I know that many voice artists pooh-pooh this sea change.  It is certainly possible to be a successful working voice actor without having thousands of Twitter followers.  But how long will that hold?

Here’s why I’m fascinated with this paradigm-shift:

1) I straddle the ever-growing chasm between traditional media (TV) and New Media (which makes me painfully aware of the difference)
2) Sitting still is not an option…I’m just not wired that way
3) I’d rather ride the wave, than get drowned by it
4) Social networks are making the world smaller, and information/content opportunities bigger

The short version of this blog:  Cultural/Entertainment/Information cultural shifts due to Social Media boost our voice-over opportunities, not diminish them.

The issue of Synthetic voices notwithstanding (I believe humans will ultimately reject this technology, no matter how good it gets), the New Media explosion still requires good content, good production standards, and believable voices to deliver the message.

Why, then, would you eschew the marketing possibilities of a promising media distribution channel to which most of the world is adapting?

The good/bad news for us:  it’s free.  Good, because people LOVE using it, and that creates opportunity; but bad, because no one has figured out yet how to successfully monetize social media advertising at a level that matches traditional (ad-revenue supported) media such as the 30-second TV commercial.

I have faith that the money-grabbing advertising whizzes on Wall Street will eventually figure this out.  In the meantime, I have always, and will continue to throw a lot of time, attention, and effort in the are of Social Media exposure.  It’s the future.  It’s where I want to be.

To that end, please give a moment to peruse the articles below I’ve linked to.  They represent the latest thought on most of the big social networks, and why it’s important to spend quality time developing a Voice Over Marketing Plan on Social Media.

5 Facebook Fan Page Problems and How to Fix Them

12 Ideas for Growing Your Brand on Social Media

How to advertise on social media: Step-by-step on 4 networks

Google+ Misconceptions: Why You Should Give Google+ a Try

HOW TO: Integrate Social Media into Your Website with a Homeland / Embassy Strategy

How to Use Pinterest to Build Trust and Loyalty