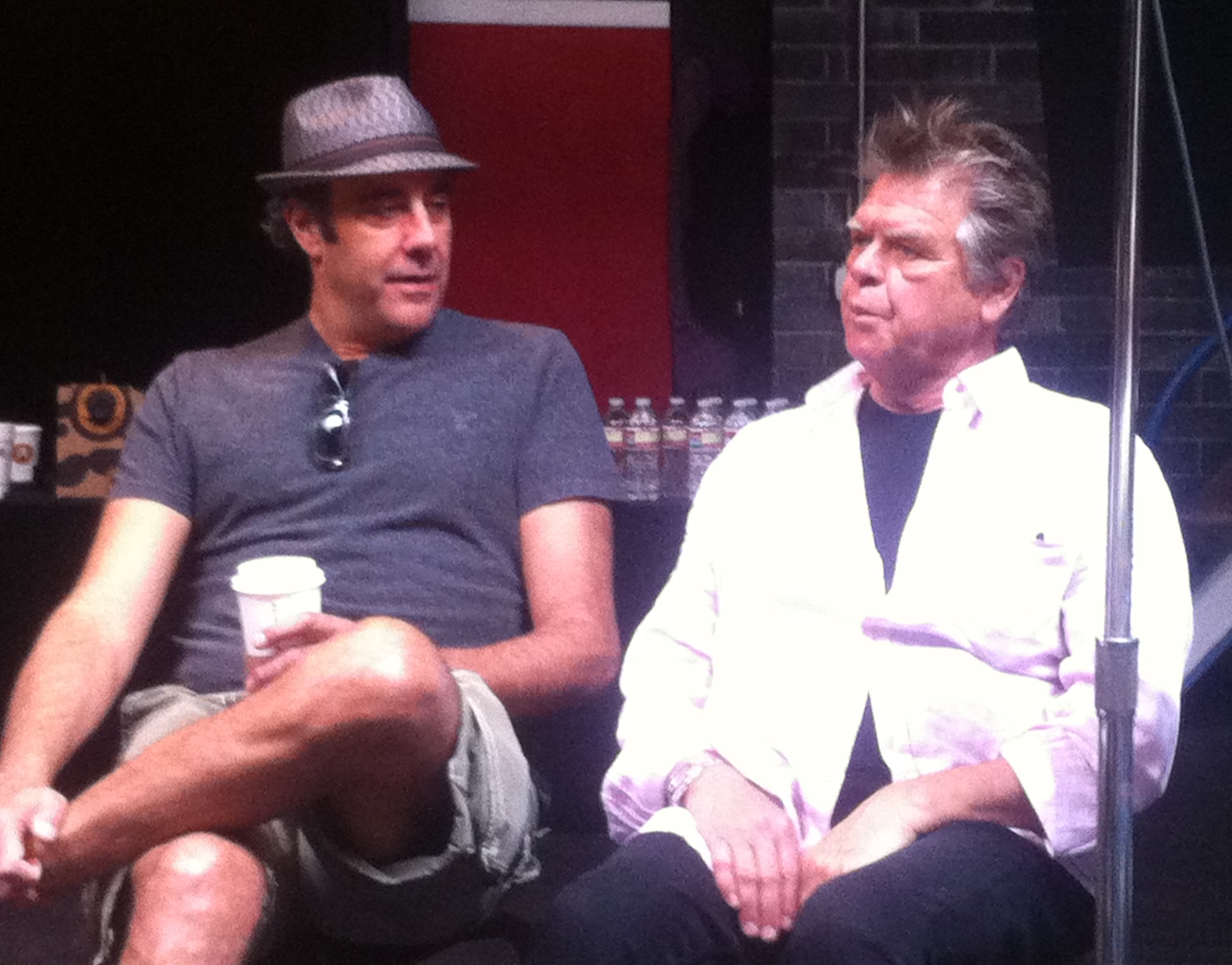 Everyone has favorites.  Pat Fraley is everybody’s favorite…coach, that is.

But beyond that, don’t you just appreciate a guy who loves his work, and takes pride in his student’s achievements?  That’s Pat.  Through and through.  I’ve been to several of Pat’s classes.  He presents a consistent theme each time, but somehow always manages to keep it fresh and engaging.

Most of the day Thursday I spent in a little-known theatre on a Las Vegas back street.  The occasion was Pat Fraley and Brad Garrett’s “Getting Serious About Comedy” actors’ workshop.  Garrett makes a point of heaping praise on Fraley whenever they appear together.  Their friendship is genuine and readily evident.  Seeing them interact is a quick clinic in relational, improvisational humor.

Pat invited me to come to the session Thursday as a “guest performer”.  I really didn’t find out what that meant until I arrived at the theatre…which was fine with me, especially in light of one of Pat’s themes in this training:  Be fearless.  Go with confidence.  Make mistakes, then come back and deliver the killer take.

Another theme Pat (and other advanced coaches) likes to hammer home is script preparation.  For hours we dissected this mandatory step in the audition process.

….and more… so much more.  I didn’t take notes, but maybe I should’ve.  I just know his admonitions will echo in my head when I sit down for the next audition, and that’s a good thing.

Below, just a quick clip I grabbed with my smartphone of Brad Garrett talking about “raising the stakes” in comedic situations.