Garret/Fraley Get Serious About Comedy in Vegas 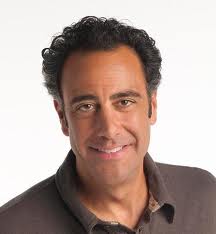 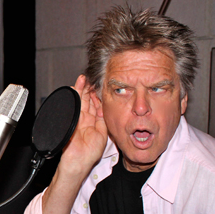 How many times have you heard that you won’t break through as a voice talent until you’ve taken some acting classes?

Have you ever taken a class from Pat Fraley?

Make an appointment with yourself to do so.  (Here is a list of his upcoming workshops).

If you have trained with Pat, you know what I mean, right?

I mean, the guy has done it all (resource docs noted below), and he always makes his topics SO EASY to digest.

Next month, Pat will be holding some acting workshops in Las Vegas along with his pal, comedian Brad Garrett.  It’s all part of Brad Garrett’s Craft Acting Workshops during the last week of March, 2013.  Brad is gifted, hilarious, down-to-earth, and smart.  He headlines his own Comedy Club at the MGM Grand in Vegas, and has paired with Fraley before in coaching (VOICE 2010 in LA for one).

Here’s a recent posting about Garrett, his Comedy Club, and mention of the Acting studio.

Yeah, I’m stumped too, but Pat said I’d be perfect for what he has in mind.  I’m not sure what that is, I just know that “getting acting classes” was on my TO-DO list this year, and Pat handed it to me on a platter.

The specific announcement about Pat’s session in the Craft Acting Workshop (with nutty pic of Dave).

Need more? Below are the links to .pdf and .docx News Releases with more details.

So, we’ve established that you need acting classes.  You KNOW you need to be in Vegas in March…AND you’d like to see CourVO make a fool of himself on stage, right?  So come on out!