Up On the Edge 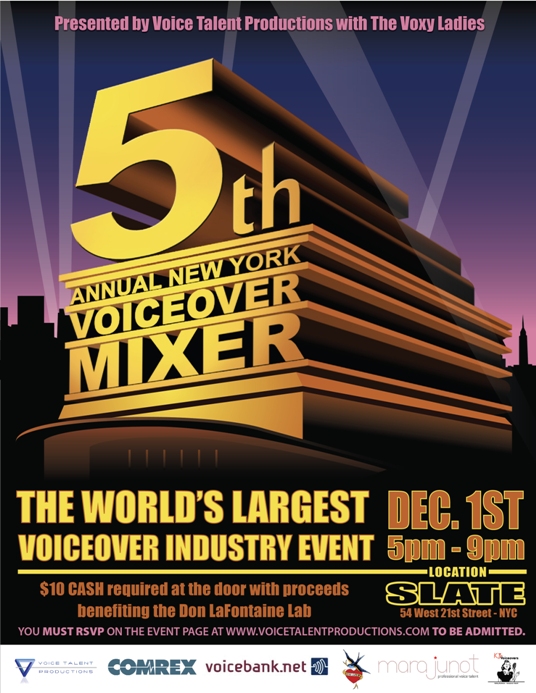 The main reason I like Edge Studio:  They partner.  Secondary reason: They get it.  Tertiary reason:  They run a smart business.

David Goldberg finished his new Times Square studio before Hurricane Sandy hit.  Apparently they escaped the worst of it, ’cause here’s what’s being planned at Edge Studio in conjunction with the Dec. 1st New York VO Mixer:

1)  J. Michael Collins is partnering with Edge Studio and Gabrielle Nistico to hold (what they’re calling) A One-Day Only, Live Pay-to-Play Online Marketplace Domination Event from 10am – 2pm at Edge Studio.  There IS  a cost involved, but an early-bird special is on, and part of your buy-in goes to the Red Cross to help with hurricane victims.  See all the details here.  It runs from 10-2p.

2)  Edge Studio is also throwing its own party at 2:30.  It’s being billed as a Pre-Mixer Open-House for Business Networking & Meeting Time.  This pre-mixer leads right up to the start of the mixer, which is close by.  See below for more on this event.

I love that Goldberg and crew know what it takes to connect with the VO community, and create opportunities for their own business while benefiting others.  I wish I was going to the mixer.  I’m not.  But anyone who IS going, should take the time to stop by Edge.  It’s obviously going to be the happening place!

Here’s the info on the pre-mixer:

For everyone going to the
Voice Over Mixer on December 1 in NYC:
Two special things before, from Edge Studio, Times Square NYC
115 West 45th Street, Floor 8, NYC
212-868-3343
[email protected]
(1) Free “Pre-Mixer Open-House” for Business Networking & Meeting time.
The Mixer rocks. And you’ll love it! You’ll drink, hang out, and enjoy the music.

Have auditions or jobs to record while in-town for the Mixer? Feel welcome to record and edit them at Edge … on the house!