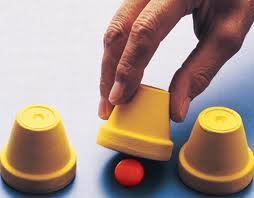 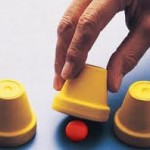 If you collect enough data, you start to see patterns.

Being a pack-rat, I tend to keep things a long time. You never know when you might need it, right?

My wife wants to throw away perfectly good 6-week old food, and it just hurts me to see it go in the wastebasket when there’s no mold on it.  Yeah.  That bad.

I’m the same way with email…I’ll save it until my provider tells me I absolutely can’t buy any more storage, and I HAVE to delete something.  Outlook lets you pretty much save email forever, though, and I’ve got years of ’em saved back.  So much so, that when I apply a neat little Outlook plug-in called Xobni to the data, patterns emerge.  (Xobni, BTW is “inbox” backwards…and is a great little program that doesn’t cost a lot)  I’ve blogged about Xobni before…almost exactly three years ago...it was good then, and it’s a better product now.

Xobni (among other things) tells me when the email frequency from certain senders most often occurs.  So when I get email from, say Voices.com throughout the day, over months and months, a pattern emerges for when those leads come in.  Here’s the analysis from Voices.com:

…and here’s the frequency graph from Voice123:

Both show the bulk of the leads being emailed out in the late morning hours, with V123 never really trailing off, and Voices dropping precipitously in the overnight hours.

Interestingly, I also ran across an online site that seems to have arrived at the conclusion that the best day to land a VO job is Thursday.

Apparently the good folks over at VoiceRealm, a UK online casting site, crunched some numbers and did some analysis of over 8 months of data and came up with that conclusion.  Sundays were the quietest.

Results from the study were released on PRWeb, and published by the San Francisco Chronicle site SFGate.

Sidenote:  in the world of digital journalism, finding patterns in large batches of data (now possible more than ever with online tools) is becoming THE newest and most productive investigative paradigm.

Apparently, those who best understand the numbers will get the worm…not the early bird.