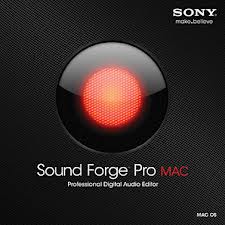 Most voice actors are pretty loyal to their audio editing software.

It’s nearly impossible to pry the fingers of  Pro-Tools advocates from their keyboards.

Others like the various iterations of Adobe’s Audition software (Cs6.0 is the latest version).  There’s also Steinberg’s CuBase, Ableton, Twisted Wave, and Garage Band. You’ll also find many fans of the free offering called Audacity.  (this is by no means an exhaustive list)

In the mix is certainly Sony’s suite of products.  “Sony Vegas” is professional audio-and-video editor, and Sony Sound Forge is the top o’ the line audio editor that heretofore was available only on the Win/PC systems.  The quite reasonably priced Sony Sound Forge Audio Studio is also a favorite for it’s simple design, but fairly rich feature set.

Now, Sony’s flagship audio editing software is available, too, for the Mac OS.  It’s called Sound  Forge Pro Mac.  I’m not a Mac kinda guy, so I can’t really provide any sort of product evaluation here, but Sony usually does its homework, and I’d be surprised to find any glitches beyond the usual gremlins that seem to show up on almost any first offering.