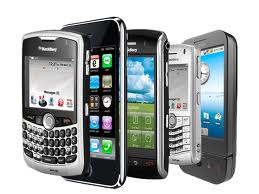 You think pre-amps, DAWs, and mics form a competitive market?!

Ha!  Nothing comes close to the smartphone industry!

There are other contenders.  I just…can’t….remember…who…they…are…..(except for a new offering from Motorola — owned by Google).

These smartphones become extensions of our person.  I’ve often mentioned on this blog that you can’t be serious about Social Media without one.  I’ve also waxed eloquent about the possibilities of recording auditions and mobile audiofiles using the iPhone or iPad.

There’s no doubt, I’m addicted to the technology, but I’m also getting jaded.  I did NOT rush out and buy the iPhone 4s…still using my iPhone 4 and finding it hard to justify the knee-jerk impetus to get the iPhone 5.  By most comparisons, the Samsung Galaxy III is a much better buy, but I don’t see the adaptors or capabilities in this OS or device to do decent audio recordings.

What to do?  Sit tight, and wait for the fallout.  The Apple./Samsung lawsuit still has not seen a “sentencing” or penalty phase of the trial.

iPhone-5 will undoubtedly have some hiccups, but not likely any big ones.

I’d link you to some iPhone 5 articles, here, but you’d have to be blind not to see one in all the trades.

Besides, the big tech-wars are coming, still, in tablets.  There, you’ve got a new mini-iPad coming out, soon…Amazon’s Fire is, well….hot.  And Microsoft’s Surface as well Google’s new Nexus show promise.  Then there are at least 10 other Android-OS models from other manufacturers out there.

Yeah, Dave, but you can’t make phone calls from a tablet.  Au Contraire, mon ami!  First there’s Skype, but beyond that, several nifty subscriber software programs let you do traditional phone calls from you tablet computer like it was nothing.

Bottom line…no need to change what you have unless it’s: