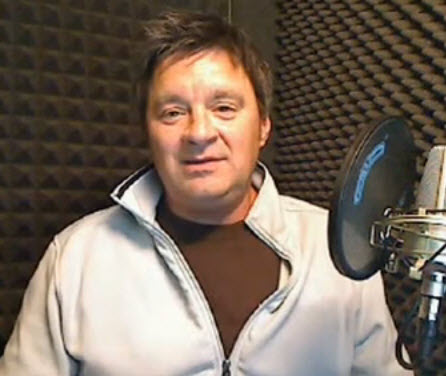 Over time, you make lots of friends, but some just find that sweet spot more quickly.  That’s Bill DeWees… I suppose because I flatter myself that I see a lot of myself in him.

Bill is one of the most high-profile VO pros in the business, and no wonder.  He churns out helpful and informative videos non-stop, and believes (as I do), in the pay-it-forward philosophy.  Bill is also a natural on camera, enjoys mentoring, has a wealth of VO knowledge, and just enjoys teaching.  What’s not to like?!

When my daughter moved to NYC to be a starving artist, she almost found herself on the street struggling to find an apt.  I put out a plea in Social Media, and Bill was the first to answer.  “I think I know a guy who can help,” he said.  Indeed, the “guy who could help” was a (of all people) a fellow Las Vegan with a spare temp apartment, but it took that connection through Bill to make it happen.

DeWees and I have been trading messages back and forth for literally months trying to find mutual time on the calendar to do an interview.  It ended up being a two-way interview on Skype.

He also does a full-bore hour-and-a-half live streaming instructional show on Ustream once a month.  To find out more, and put Bill’s incredible knowledge as a resource to work for you, visit his site:  http://www.voice-over-training.org.

With Bill as the Skype interviewer, here is the link to the video that resulted.

Now, see the REST of the story, as I finish out the Skype session turning the tables, and interviewing BILL:

DeWees from Dave Courvoisier on Vimeo.

Thanks, Bill!  You make it look easy, but only because you’re such a professional!