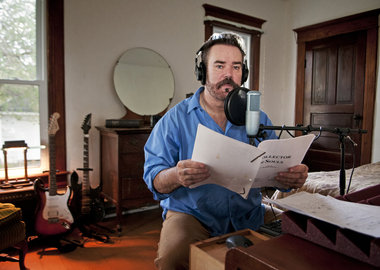 Nothing’s better than getting a local publication to write an article about what you do.

It can be a newspaper, a local radio station, a local weekly, a local TV station or talk show…you name it.

Nothing will elevate your profile to the market where you live better than this. Convince a local media outlet to do a feature piece on a person who does voice-overs.  Seriously.  People are fascinated with what we do.

Read this article that came out Monday about a fairly small-town Michigan guy named Markham Anderson, and his story about how he became a voice-over artist.

I did a similar blog about Kelley Buttrick in December 2010, and she’s been growing and growing in her career.  Not because I did a blog about her local paper article, but because she’s a darn good voice actor who was featured in a local newspaper.  Like I said…it works!