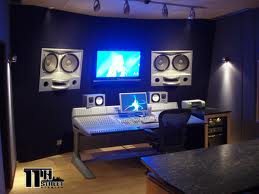 Voice Actors are starved for feedback.

Intrinsic in that yearning is a need for validation that the efforts we make reflects professionalism, progress, and proof-of-performance.

Am I close?
Am I barking up the right tree?
Am I in the ballpark?
Did I make a final cut?
Where am I falling short?
How was my interpretation?
Is the audition technically sound?

The common wisdom is to send the audition and forgo all the hand-wringing.  Move on to the next one, keep doing your best, and don’t waste time with any angst or second-guessing.

No wonder, then, that the blog article of last Friday (Embarrassingly) True Story brought more response than I could’ve anticipated.  Between the blog, Facebook, and Twitter, nearly 700 people either read, responded, and commented in reaction.

Among the incredulous responses was the question: “He listened to all 400 auditions???!!!”

“… Yes, I did listen to every single one of them.  You take the time to audition, I’ll find the time to listen.  BUT – I do not listen all the way through; if I don’t hear something that catches my ear in the first line I move on.  I can move through this stuff pretty quickly…”

JS Gilbert, an accomplished voice-actor, producer, and someone who’s been booking talent for projects for many years, made mention that:  “… “I’ve never had to go through more than 30 or so auditions to find 5 or 6 good ones to present a client…”

“Fair enough,” claims “JJ”, in answering that specific comment  “But when you’ve got a client looking for a specific voice and you haven’t found it yet you keep going through the pile.  This isn’t about my ability to cast a voice, it’s about the talent and their ability to “bring it” to an audition.  My job is to find the right voice and get it to my client.  We also received several auditions from another voice service and out of the final 30 or so voices I will then narrow it down to the best 5 or 6 to send along.  My clients never have to sift through more than 6 voices…”

1.  Learn how to properly work your equipment so your audition sounds great.  Not good, great.
2.  Have an understanding of the zeitgeist of your culture so that you deliver the proper audition without the client have to spell out every tiny detail.  Call me naive but I am astonished that after three Pirates of the Caribbean movies, people don’t know that pirates have larger than life personalities.
3. Bring your A game to every audition.  Not landing any jobs?  Guess what, seasoned producers know when you are phoning it in.  If I don’t hear you trying then I’m not going to pick you.  Period.

This entire conversation which began last week with the comments from JJ proved so valuable to so many, that he and I are probably going to collaborate from time-to-time (as the opportunities present themselves), with articles that recount the original job posting, and following-through with the results, and feedback on the auditions from the producer’s point-of-view.

Would such a regular feature be of interest to you?