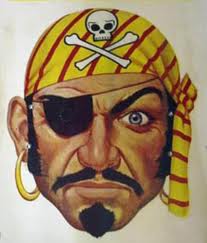 Setting the stage:
A well-known, top-notch commercial audio studio in a major city puts up a call for auditions on Voices.com.

The Specs:
The voice-seeker is looking for a Pirate voice…something…well….loud and boisterous and over-the-top mean sounding…like the sterotypical pirate we all think of.  The producer states these directions in the job listing, which is for 5 short lines for a game.

The rate offered:
For the above-mentioned 5 lines,  the price was set at $450 which, in that producer’s mind, is a good rate for a regional, 13 week.

The # of respondents:
Roughly 400 male voices.

The quality of auditions returned to the voice-seeker  (as perceived by this seasoned producer):
“…about 15% were just their demo reel and easily half  were terrible recordings that make it very difficult to understand the audition…”

Additional Feedback (off-the-record verbatim comments from the producer that all auditioning talent say they would DIE to hear):
“…MORE than half of these auditions were so lazy and laid back…I was so surprised.  And some of the names are very recognizable, some of these folks are players.  The rule in auditioning for a big character should always be go big or provide a laid back and a big read.  Producers always feel they can pull a talent back but it’s very difficult to push a talent to a bigger, more energetic read.  I am really surprised at what we received.  Out of over 400 male auditions the initial narrowing down took it to 21.  Out of those 21 I’ll find the best 5 or 6 to send off to the client.  And so many didn’t make the initial cut because they just didn’t bring it…”

The above story is absolutely true down to the small details, and the quotes.  The producer did not wish to be identified in return for my being able to share the facts and the feedback.

People complain about these P2P sites, but look at what auditioners are doing!

You need to decide that if you’re going to audition for these cattle-calls, that you MUST “bring it”.  Your reputation is at stake.