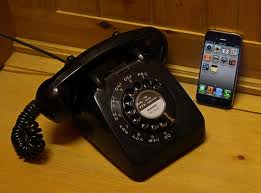 Call it what you will, things are not staying the same in VO-land.  Depending on your current status, your acceptance of change, and your view to the future, you may agree or disagree.

Of this, there is no doubt:  the thousands of people who live and work in a milieu of voice acting reflect the population at large — particularly in the present cultural climate  — they are diverse and polarized.

Give me a moment to make an analogy to a related industry I know something about.

Traditional news media (newspapers, radio, TV) are grappling with a sea change.  The reactions run the gamut:
1) Stick your head in the sand and hope it goes away.
2) Fire a lot of news staff.
3) Hang on till your last reader/listener/viewer dies, then close the doors.
4) Sense which direction the wind is blowing and try something new.
5) Over-commit to the latest trend.
6) Run two operations simultaneously with the same people and pay.

The only thing that’s constant is change.

The voice over industry is part of the same change because we depend on those media for our work, but other factors are at work here:
A) Technological developments enabling freelance excellence
B) The loss of influence of talent agencies, and legacy studios.
C) The lagging of union accommodation to change.
D) Community sharing enabled by social networking.
E) A global marketplace, and with it a shifting rate structure.
F) A growing awareness of the strength of the individual as an independent.

Yes, the SAG-AFTRA merger is part of this paradigm shift.  To see these two very entrenched institutions move out of their comfort zone is not only encouraging, it’s strong evidence of my argument.  What will be their direction?  How will they handle the malcontents?  Will they adapt?…be more agile?…listen to their constituents?

Witness the effect FaceBook, and LinkedIn, Source-Connect, FaffCon, Bodalgo, the iPad, and even Voice Bunny are having on the marketplace and the VO community.

I hear and respect established, seasoned professionals in LA and NY who would argue that like ISDN…talent agents, top studios, and long-established procedures are nowhere near gone.  The big dollars go with tried-and-true formulas.  Yup…and Disney never though computers would replace a human artist at the drawing board.

It doesn’t happen overnight.  You see subtle shifts…from cassettes to DVD’s to mp3’s.  Radio didn’t go away when TV hit the stage, but boy did it change!

In the midst of these factors, World-Voices.org pops up its head and says: We think we have something new and worthwhile to bring to this community of voice actors…something that’s needed…and overdue.

So far I’ve heard from almost 200 people who agree, and two who don’t.  If a this were a Nielsen diary…some station just ran away with killer ratings!  I’m biased, and in some ways myopic.  I hear from those who are like me, and thus support those things I tend to support.

But when I hear from total strangers or people I never met from the Phillipines (!)…from voice actors who have even opposed me on certain issues, and now step up to offer attaboys…I start to believe we’re really onto something.

Whadya think?  World-Voices Organization doesn’t pretend to have all the answers, but it wants to be part of the solution.

P.S.  See and vote on the new WOVO Logos at http://world-voices.org/logos