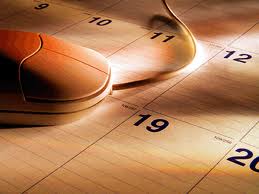 You’d think that…but then, really…can you honestly account for the passing of January, February, and March already?

Right.  So then, maybe not such a good idea to ignore the calendar further, eh?

Maybe you missed FaffCon, or maybe it’s time to get serious about some voice-over networking…either way, June looms large on the voice-acting schedule with VOICE2012 practically upon us: June 13-16 at the Disneyland Hotel.

Just yesterday Executive Producers James Alburger and Penny Abshire released the VOICE 2012 Video Commercial.  Scores of talent auditioned to be the voice of this production, and as it turns out John Wray won the honor, and when you listen to the video below, you’ll see why.

Pricing for registration will increase in about two weeks for this event, so please make your considerations of travel and expenses now.

Disclaimer:  I’m biased, having hosted all previous VOICE events, and also presented in 2010, and have plans to do the same in June.  Before you swallow hard and look at the pricing, consider what 3 days worth of VO coaching would cost you if you did it on the phone, or by Skype.  Now compare that to the networking, relationship-building, learning, and fun you’ll have with a passel of your peers in June at Disneyland.  Bring the wife ‘n’ kids!  There’s plenty of room.