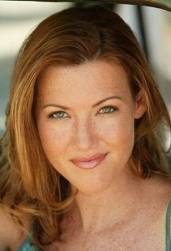 Finding an article about Melissa Disney announcing at the 84th Oscars Award show (as promised in yesterday’s blog) has proven to be difficult.  Maybe it’s because she’s just a perennial shoe-in for jobs like this.

Disney (yes, she’s related to THE famous family) is arguably one of the top female Voice-actors in the country.

Here’s Melissa Disney’s IMDb profile.  She has done/is doing it all when it comes to voice.  A noted singer, she’s also the voice of Snow White.

Some great footage of Melissa in a number of different roles in the YouTube Video below:

Just wrapping up the Oscars’ coverage…Brad Venable wrote a blog dissecting the big brouhaha launched about our business when Chris Rock made the suggestion that you can get a million dollars for doing voice-overs EASY!

And finally, an interesting article in the LA Times explaining that even though Oscar has been around 84 years…New Media is embracing the event.  “…Sunday’s Oscar ceremony generated 3.8 million comments on Twitter, Facebook and other social media sites, according to data generated by Cambridge, Mass.-based Bluefin Labs. That made this year’s awards show the second most talked-about entertainment event on TV since the company began measuring and analyzing social media traffic several years ago…“