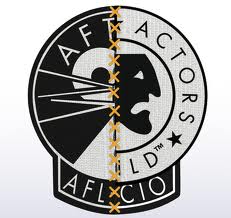 Apparently, hell HAS frozen over, pigs DO fly, and SAG will merge with AFTRA.

They even announced it on TV, so it must be true!

Do you know what a Venn Diagram is?  Two separate populations overlap (depicted by circles), showing the commonality of the two groups.

This is what we have with both unions today: 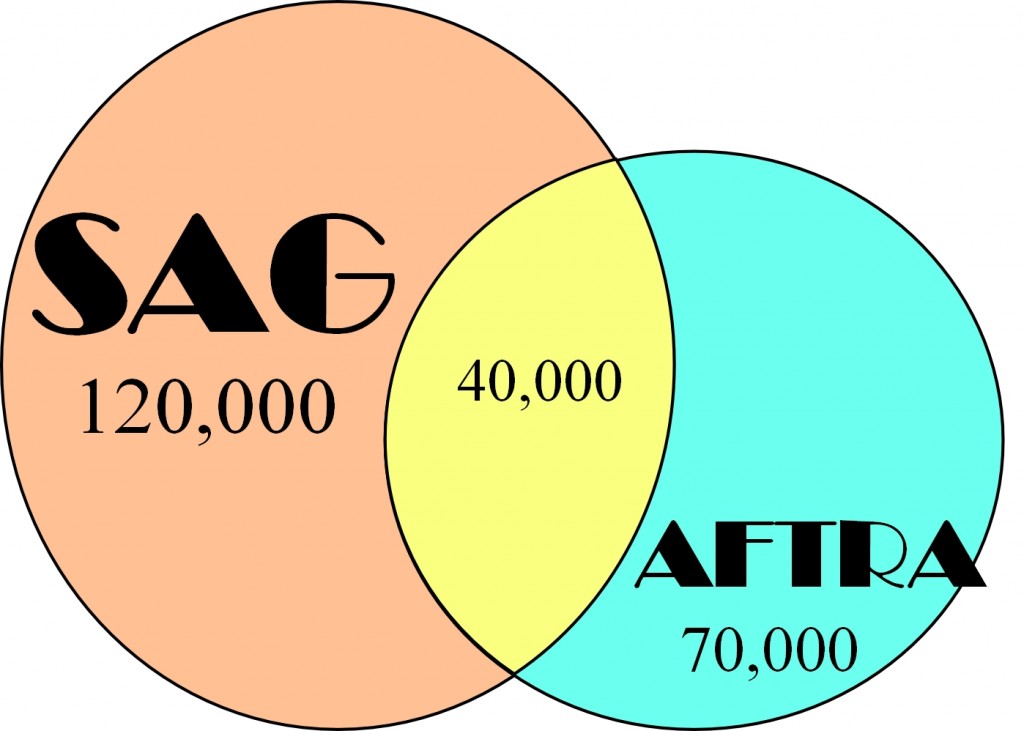 Union leaders may envision a universe of members belonging to both, as growing from 40,000 to their combined total of nearly 200,000.

You know, it’s funny…when the membership of either union is mentioned, it’s always the talk of film actors, stunt people, TV actors, stagehands, cinematographers, dancers, singers.  I never really see VOICE actors mentioned.  I’m not sure there’s ever been much love for our kind in this mix…but I digress, and I don’t want you to think I feel shorted, ’cause so far, I belong to neither group.

The question is:  Will it now make any difference to voice-actors who’ve been sitting on the fence (moi) to finally find sufficient reason in the merger to now JOIN???

The GREATER question is:  should you join now, ’cause the requirements are easier?  From an article by Ester Goldberg:

“AFTRA’s open door policy – which allows anyone to join the union online by paying the initiation fee – will end if SAG and AFTRA merge, The Hollywood Reporter has learned. In its place will be new SAG-AFTRA rules that primarily mirror SAG’s existing ones – a set of requirements that have made a meme out of “How do I get my SAG card?”

Even actors who are members of SAG say they’re reserving judgement on the wisdom of this merger until they see the fine print.  There are deep and thorny issues of health insurance, pensions, rates, governance, financing, membership requirements and dues for starters.

The final referendum goes to the membership near the end of February, and the tabulation deadline is March 30th.  So far, both Union’s board’s “overwhelmingly endorsed” the merger (The SAG board’s vote was 87.1% to 12.9% and AFTRA’s was 94% to 6%.).  To pass, the referendum would need a 60% approval margin from both organizations among votes cast.  That gives everybody about a month to air their dirty laundry and debate the contentious compromise.

I’m not worthy of analyzing this thing further.  I’m learning, and watching, and contemplating the outcome, and considering where voice actors fall in this mix.

Below is a series of links to various news organizations with different editions out over the weekend with the report: