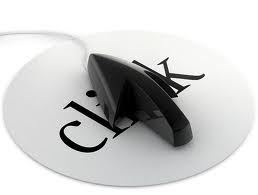 This is why I’ll never be rich.

I love technology, but apparently do not have the foresight to get ahead of the innovation curve.  I’d like to think I keep getting close enough to surpass it, though.

In the meantime, I love being able to pass along new “discoveries” for my VO friends.  Tools, I like to call them.  Some may work for you, others not so much.   So see what sticks to the wall in your own situation, and toss the rest.

Along the same lines as the above tip, IFTTT is gaining a lot of traction with internet denizens lately.  It stands for:  IF THIS, THEN THAT.  In other words, you can harness the internet to automate all sorts of tasks…kind of like a web-macro.  The “if/then” statement depends on CHANNELS.  Those channels would be the different social media platforms, plus email, and even phone calls.  One of the examples the IFTTT website gives is:  Whenever you take a picture on your iPhone with Instagram, the photo gets sent to DropBox.  They actually make it very easy to understand on the site: http://ifttt.com. (see?  toldja it was easy).  Sign-up is also free and easy, and then you can get busy making things work for you!

HOW TO COPY MUSIC FROM  iPHONE, iPAD, or iTOUCH TO YOUR COMPUTER FOR FREE

I found this tip on LifeHacker, and could not begin to do a better job of explaining it than they do, so I’ll just provide the link below.  I can tell you that their formula works for Windows, Mac, or Linux, and does not involve iTunes in any way.

‘Got another tip we should all know about?