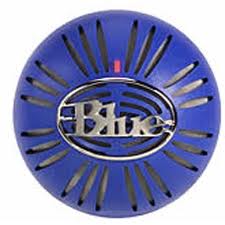 Bettye has more VO knowledge in her microphone carrying case than I’ll ever be able to garner.  And there’s very little waffling.  Bettye has a well-formed answer for most any topic.  Her experience comes to bear on issues of rates, demos, marketing, agents, unions…you name it!  Sitting and listening to her rattle off pearls of wisdom — one after the other, —  made me wonder if I wasn’t ill-suited to be her webinar partner.

I began my portion of the program by saying not only am I hooked on information gathering and disseminating, but that I’ve never considered myself an expert at anything.  I’m immersed in Social Media tools, and I’m a student of Social Networking…but a guru?…don’t put that label on me!!!

People ALWAYS ask me how I keep up with it all.  Well, my presentation included hints about a lot of tools that cut into the time-suck that social media can be, and three of them neatly end up with the suffix -FY

I’ve enthusiastically blogged about Storify and Amplify before…but it occurred to me I hadn’t blogged about Summify before, and of the three ‘FY social media tools, Summify is perhaps the most time-saving.

Summify filters online articles that you’re likely to read (according to their algorithm), and emails you daily a feed of the top five.

A Mashable article says about Summify:  “…users connect their RSS feeds, Twitter accounts, and Facebook profiles to Summify. An algorithm takes into account what feeds they follow and what their friends are talking about, and determines what they should read. Stories that are unusually popular on social networks are also accounted for. The resulting list is e-mailed to users directly…”

Speaking of which…in just a few hours, I’ll be rising uncharacteristically early to make my annual pilgrimage to CES (Consumer Electronics Show) here in Las Vegas.  Yes, it’ll be a madhouse.  Even MORE yes, it’ll be a visual phantasmagorical geekfest.

My first stop (after press credentials) will be the Blue Microphone booth in the South Hall to see their new offerings for iOS-devices:  The TIKI, the Mikey DIGITAL, and the Spark DIGITAL.  For a quick review, visit Billy James’ blog.  Blue produces some very innovative (and eye-catching) mics, and I hope to have a video demo for you from the exhibitor’s hall.

I’m sure I’ll stumble into other tempting gadgets, as well, among the thousands of vendors.  Hate that!