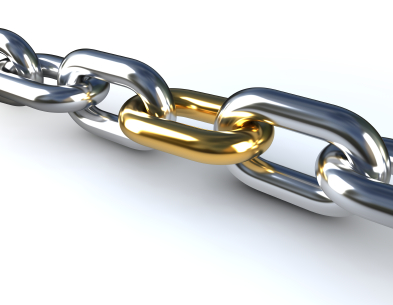 The new year finally woke up!  So much VO stuff flying around in the matrix, and this blog lists a bunch of ’em…for my own notebooking if nothing else.  ‘Hope you find something here you may not have seen yet.

ONE: SAG and AFTRA say they’re closer to a merger.  This is the result of years of posturing, and then months of negotiation.  Peter O’Connell does an excellent blog post about the proposed merger, and you can read the official document on the merger announcement.  This could be big, and may swing a lot of people over to the union camp. I’ll be watching closely.

TWO: VOICE2012 is announcing a major contributor/sponsor for this year’s big VO event at Disneyland:  VOICES.COM.  See the entire announcement from organizers James and Penny, and the VOICE2012 anouncement from VOICES.com.  BTW, James and Penny hosted a wonderful teleseminar last night with guest Terry Daniel, and the announcement about their next upcoming free teleseminar with VO Pro Wallly Wingert is already announced.

THREE: Sometimes you just need to get the word out, and fast (and preferably free).  Well, here’s a list of 50 FREE News Release sites on the web.  My thanks to fellow audiobook narrator Judith West for this link along with this great article on the best Social Reading sites on the web for perhaps spreading the word about your latest royalty-share audiobook narration, so you can create a bigger buzz to get it sold.

FOUR: Get an Agent With an Agent.  Peter Pamela Rose posts on FB:  “ACTING BUSINESS BOOT CAMP Presents HOW TO GET AN AGENT WITH AN AGENT with Commercial Agent Kirsten Walther from CESD, NYC Thursday, January 26th from 6:30 – 10pm. This One Night Class is a phenomenal opportunity to meet one of NY’s most sought after Commercial Agents and learn what you need to do to NEVER worry about your commercial career again! Only $69 ($59 if you book before Tuesday, January 17!) LAST CHANCE FOR THE DISCOUNT!!! For questions, please email [email protected] and feel free to forward this amazing opportunity to your friends!“

FIVE: Derek Chappell seeking comments for a blog article he’s writing (and it’s bound to be good), about those of us who are “in transition” to full-time VO work, or at some time in the not-too-distant future, hope to be full-time voice actors.  Derek writes:  “I’m working on a project and would appreciate your input to the following questions. For those who are still doing voiceover part-time, but are striving to make it your full-time occupation, what are your challenges, struggles, and obstacles, and how are you dealing with them to eventually make the leap. For those who have made the leap to full-time, what struggles did you endure and even though you’re full time now, what struggles/challenges do you still face. Comment here, or email [email protected]com. Thanks for your time.“

SIX:  Where is Ted Williams now?…(the homeless “voice” who made such a splash last year?) Doing pretty well, thankyou!  Check out this YouTube video for the ET report.

SEVEN:  My fellow Social Media geek, Terry Daniel is a busy guy these days.  Hot on the heels of his telelseminar last night (see #1), he’s planning a similar offering with Voices.com.  Ashley Hall, the Social Media Manager for Voices.com and voiceover talent welcomes social media marketing expert, Terry Daniel on ‘Social Media for Your Voiceover Business’ webinar to teach you how you can increase your business online and attract qualified clients using social media. Sign up here!

EIGHT: My friend over at CommercialVoices.com — Rick Gordon — is having a sale worth considering for his subscription site.  There are a lot of fine talent already present, and Rick’s site gets lots of visits.  This link has all the details of Rick’s ongoing “sale” till the end of the month.

NINE: In case you missed it, I invite you to input on the Pyramid of (perceived) VO Success that I launched yesterday on this blog.  You may see some gaps in my coverage that you can fill….and thanks Doug de Nance for your input!

TEN:  I’ve been busy with some VO teleseminars and  local business seminars, myself on the subject of Social Media, and I want to share with you the hottest new social network growing by leaps and bounds:  PINTEREST.  It’s a visual pin-board of things you see and like on the web, and then “pin” to your Pinterest page.  This is the first significant social network to rise, that — from day one — has been dominated by women.  Also, read this interesting article on how Google is starting to play favorites for ITS social network — Google Plus — in Google searches over it’s main competitors FaceBook and Twitter.

ELEVEN:  Finally, early-bird pricing for VOICE2012 at Disneyland will run out eventually.  Best to book your registration, now!  ‘Good till February 15th, and it means pretty big savings.

Yes, 2012 will see plenty flying around the internet!